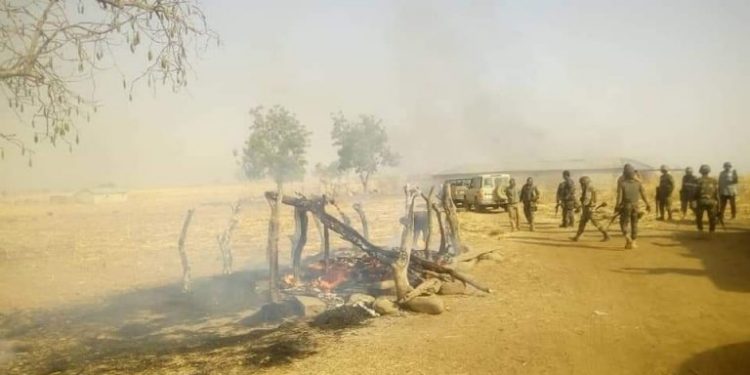 Schools in about 17 communities in the Chereponi District of the North East Region remain closed a year after communal clashes led to the loss of lives and destruction properties and educational infrastructure.

The situation is having a negative impact on academic activities in the district.

According to the Assemblyman for Tegenga, one of the affected communities, teachers who fled the area during the clashes are yet to return.

He is, therefore, appealing to the government to school infrastructure and teachers available to the area.

“We have about four communities including Tegenga and then we have a total number of about three hundred children who are attending school in this community but because of the conflict, all the teachers have left. So, all these children currently do not go to school. What are they going to do in future as Ghanaian children. Their life is now in danger because there is no teacher or classroom for them to stay and learn. So, we are appealing to the government and the President to give us a classroom block as well teachers. I learnt that the only teacher here is a NABCO trainee who is managing these children. How can he manage them? How can he teach all of them? So, we are appealing to government,” he said.

In 2018, a renewed land dispute between the Konkombas and Anufors who at the time were fighting over a three-acre land at Naduni, a farming community in the Chereponi district of the Northern Region led to clashes where four persons died and several others injured.

As a result, soldiers were immediately deployed to the area and a curfew imposed on the community but few days later, the residents defied the curfew and burnt tyres in the open.

The situation resulted in serious tension in the area as some health and education workers appealed for evacuation fearing that another clash may erupt and their lives endangered.

The Ghana Education Service Directorate in the Northern Region also ordered all headteachers in the Chreponi district not to reopen schools until calm is restored to ensure the safety of the students and staff.
Source: Diana Ngon | citinewsroom.com | Ghana
Tags: Chereponi clashNorth East Region
Previous Post

'Year of Return' draws thousands to Ghana's stand at Vakantiebeurs