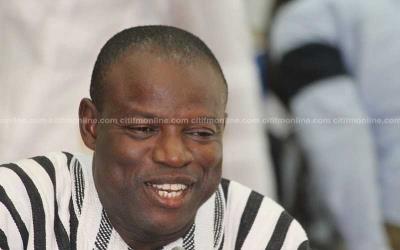 The Northern Regional Minister, Salifu Sa-eed has denied claims that he directed the unaccounted for tricycles, numbering about 400 to be picked from the Northern Development Authority’s compound.

According to him, he had protected the tricycles personally prior to the appointment of the now-dismissed Chief Executive Officer of the Northern Development Authority, Dr Alhaji Abdel-Majeed Haroun.

In a press release, the Minister said he “did not direct anyone or group of persons or company to pick any item from the premises of the NDA yard in my name or the Northern Regional Coordinating Council.”

He described as palpable falsehood claims by some section of the public and social media commentators about his knowledge and involvement in the missing tricycles.

“I wish to state categorically and unequivocally that, I did not direct anyone or group of persons or company to pick any item from the premises of the NDA yard in my name or the Northern Regional Coordinating Council. For the records, I was the same person who ensured the protection of said items upon my appointment until the appointment of the CEO of NDA.”

“The said claim being purported by the letter of the former NDA boss and Kelvin Taylor’s report is false and a palpable lie. This is an attempt to soil my hard-earned reputation and hard work. If I was really behind the tricycles pick up, I would have written formally to the NDA, giving clear directions and the locations to deposit the items.”

The former Chief Executive Officer (CEO) of the NDA, Dr. Majeeb Haroun, early last year notified the police that about 400 tricycles had gone missing from the premises of the authority in Tamale.

Dr. Majeeb Haroun was subsequently relieved of his duties as CEO of the NDA in a letter from the Presidency.

It is however not clear if his dismissal is directly connected to the missing tricycles.

Mr. Salifu Sa-eed in his press release also called on the Northern Development Authority to, as a matter of urgency, open an investigation into the disappearance of the tricycles.

“As head of the Regional Security Council (REGSEC), there was the need for the CEO who had access to me to verify before allowing the so-called assignees of mine to pick those tricycles as claimed.”

“I, therefore, join calls for the NDA to as a matter of urgency to open a full-scale investigation into the entire tricycles matter, dating back to 2016 in accordance with the laid down procedures and laws. I wish to also add that no one is above the law and as a law-abiding citizen, criminals irrespective of their political lineage, must be dealt with accordingly.”

Last week, the Criminal Investigations Department (CID) was tasked to investigate circumstances under which some 400 tricycles were allegedly stolen from the Northern Development Authority’s (NDA) yard.

The CID in a statement signed by its Regional Crime Officer, K. Otuo Acheampong requested that some persons be released to assist in the investigations of the missing tricycles.

This investigation followed a letter filed by the then Acting Chief Executive Officer of the Authority, Dr. A. M Haroun chronicling how the tricycles were stolen.