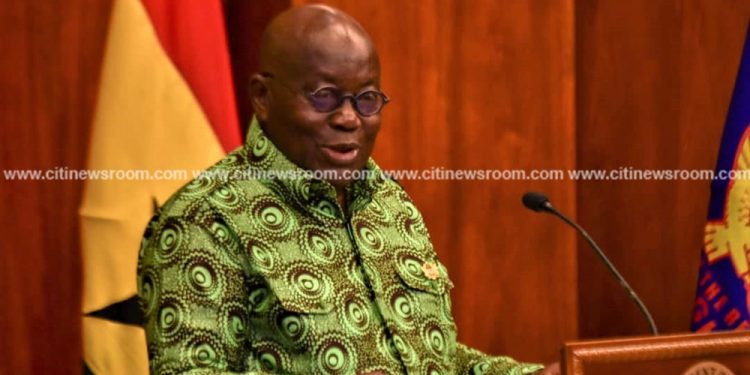 President Nana Akufo-Addo has said Ghana will continue to open its doors to investors from across the globe to strengthen economic growth.

According to the President, Ghana’s democratic credential makes it an ideal place for investment hence the deliberate push by the government to attract massive investment.

At a dinner in his honor at Davos, Switzerland, the President said the government is taking measures to sustain the economic gains achieved so far.

“We have settled down in this fourth Republic, as the most stable period in the history of our country. It is extremely important that we continue on that path. People are free to engage in political activities because of the rules, rights of people, individual liberties and human rights matter. We have set a system where independent judges decide the law and not Presidents – that is the system we are trying to build in Ghana.”

Nana Addo’s comment is quite similar to Vice President Dr. Mahamadu Bawumia’s recent assertion that the achievements of the Akufo-Addo government in the last three years outweigh that of any other government under the fourth Republic.

At the annual Council of Zongo Chiefs meeting in Kyebi in the Eastern Region, Dr. Bawumia said data available indicates that this government is not only performing better but also delivering on all its promises.

“When people are talking about the economy, they should speak in detail. I can tell you without any fear of contradiction that if you look at the management of the economy and compare it to our first term, there is no government that can match us in the Fourth Republic in the achievements of Nana Addo-Dankwa Akufo-Addo”.

The government maintains that the achievement of is administration is unprecedented but admits that a lot more needs to be done.