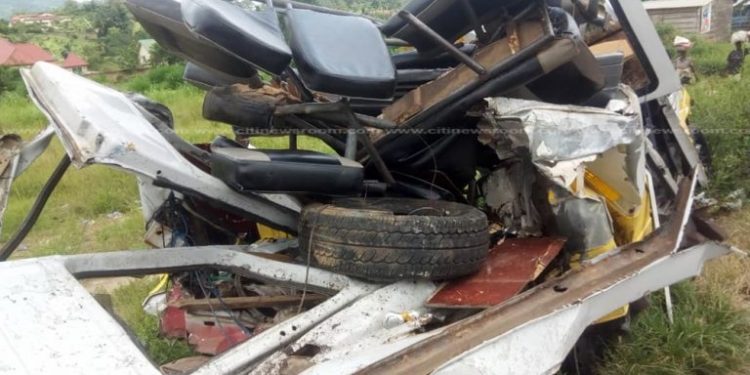 The Overlord of the Dagbon traditional area, Yaa-Naa Abubakari Mahama, who is also the road safety ambassador for the Northern Region has advocated for political parties to appoint road safety officers to ensure their followers abide by road safety regulations during rallies and campaigns.

Addressing political parties at a road safety engagement at Yendi, the overlord expressed concern over the high number of deaths and injuries through accidents during political campaign seasons.

The overlord says the high level of impunity on the road by motor riders especially during the election year which often results in road crashes and loss of lives should not be allowed this year.

He, therefore, appealed to political parties who procure motorbikes for their followers to ensure they use crash helmets and be disciplined on the road.

“As a road safety ambassador, I wish to advise motor riders to as a matter of urgency, to use crash helmets and respect road traffic regulations. The impunity with which some motor riders behave on the road is a worry that requires urgent attention from the Police and MTTD before the situation gets out of hand. I’ll further want to advocate that all political parties will appoint road safety officers for every political activity and such persons shall ensure that people abide by all road safety regulations for our collective good,” he said.

According to data from the National Road Safety Authority in the Northern Region, within the first quarter of this year, the authority has recorded 15 road crashes involving motorcycles with 13 injuries and nine deaths.

He noted that, “until we all arrive alive by doing the right thing, let us wear our road safety COAT. The COAT means Concentration, Observation, Anticipation, and Tolerating other road users.”

As part of the campaign, the overlord Yaa-Naa Abukari Mahama II presented crash helmets to political leaders and road safety educational books to JHS and Primary schools in the Northern Region.

A recent report released by the Bureau of Public Safety (BPS) has shown that the single most dangerous place for Ghanaians to be is on the road they ply across the length and breadth of the country.

According to the report dubbed Ghana Public Safety and Crime Report (BPS Watch), transportation-related incidents accounted for the majority of deaths and injuries recorded in Ghana.

The report revealed that over 900 casualties were recorded in 2019 representing 45% of all casualties.

“Transportation-related events reported for the year 2019 was dominated by road transport events. 147 cases monitored accounted for 915 casualties representing 45% of all casualties recorded. This makes Ghana’s roads the most dangerous place to be in Ghana, as it accounts for the majority of deaths and injuries contributed by a single public safety index,” BPS noted in its report.

HISPAG threatens to withdraw services over non-payment of arrears

HISPAG threatens to withdraw services over non-payment of arrears