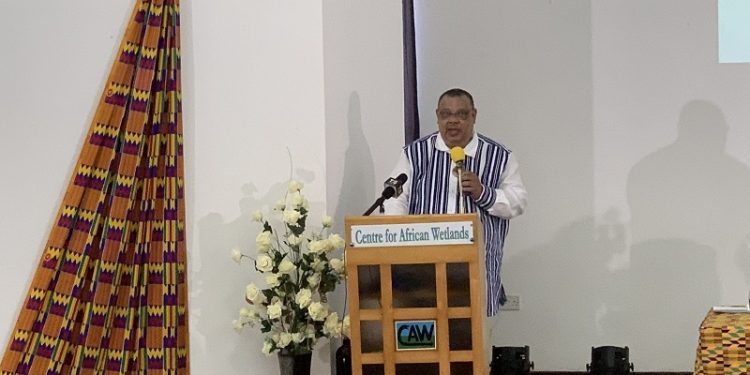 A former director of the Institute of Environment and Sanitation Studies at the University of Ghana, Prof. Chris Gordon has opined that the lack of seriousness among the government, stakeholders and the citizenry at large is to blame for the continued existence of  small scale illegal mining, popularly referred to as galamsey.

He says the failure of the nation to decisively tackle the issue has caused the country more harm than good in the fight against the illegalities in the mining sector.

The resurgence of galamsey in some communities in the country has resulted in the pollution of many water bodies, leaving residents who depend on them with difficulty in accessing water.

But in recent times, the state of water bodies has taken a turn for the worst.

Speaking on the Citi Business Edition interview, Prof. Gordon did not mince words in criticising Ghanaians and their leaders for neglecting their responsibilities in clamping down on the harmful mining activities.

“I am very sorry but we are not serious at all and the reason why I say we are not serious is that [not only the government but all of us] you can’t be a chief or indigene of a particular village and say you do not know that an excavator has passed. If there is also a ban on this, you should note that what is going on is wrong.”

Many have taken on the government for what they consider as its failure to deal with galamsey.

Others have already given up on the fight saying it has been lost.

On the matter of perennial flooding in Ghana, Prof. Gordon said only a rational and logical change in mindset will save the country in that regard.

“The flooding we have in Accra is 100 percent man-made. People build on waterways and get the houses flooded. We have removed the wetlands, tree covers and soft surfaces and sold lands so the volume of water coming down is beyond what can be contained by natural means. The climate issue is also a man-made one so nobody is safe that is why we are not serious.  If we start to think rationally and logically, we will use ideas and facts to help us make our decisions properly. ”