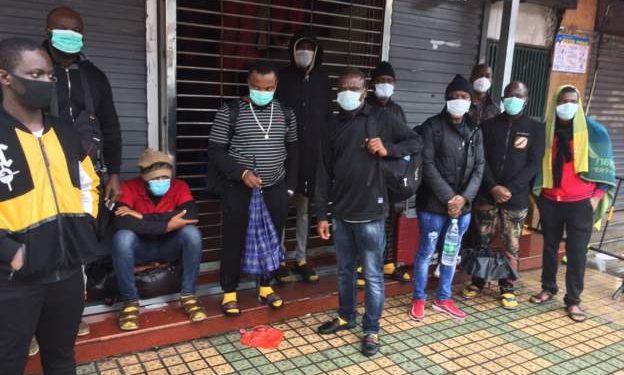 The South Korea branch of the governing New Patriotic Party (NPP) has condemned the alleged harassment of Africans by some Chinese in that country.

There have been reports of Africans being discriminated against amid the Coronavirus outbreak in China.

Some Africans living in the Chinese capital, Beijing were reportedly evicted from their apartments a few days ago over fears they were carrying the Coronavirus while others were refused entry into hotels.

According to a press release signed by Zinler Richard, branch chairman of the NPP in South Korea, all African countries whose citizens have been affected should immediately follow the example of Ghana by summoning the Chinese Ambassadors stationed in their countries to answer questions.

“In the Ghana case, surely we have raised it with our President and our Ambassadors are working on it. I believe all other African country Presidents affected by these happenings in China now ought to summon the Chinese Ambassadors stationed in their countries to answer questions.”

The statement further indicated that “if any African gets hurt in this sudden Coronavirus discrimination in China, there should be unanimous retaliatory repercussions from the African Union (AU) as soon as possible.”

According to the statement “it’s mind-boggling to see so many people on the streets in the said videos” considering the fact that “Chinese nationals living in Ghana and other parts of Africa are living happily and peacefully while going about their businesses.”

The statement also questioned why some Chinese will harass Africans and accuse them of spreading the virus when it actually originated from there.

“There are videos making rounds on social media where Africans in China get harassed in their homes and denied certain public services. Upon seeing such visuals, it gets to the heart; why in this era and time of civility some Chinese (Not all Chinese) will commit such act against Africans. Some Africans are seen in the videos sleeping outside because they have been denied access to their homes and other hotel services. How do you complain Trump should stop calling the virus “Wuhan Chinese Virus” while asking all Chinese nationals not to be targeted outside of China for this outbreak yet you harass foreigners (Africans) in China as being reported all over social media?”

The statement called on all African leaders and citizens to unite and support Africans in China to go through the challenges they are facing.

“Always remember this; no individual African can do much or fight a discriminatory situation alone, it takes the African Presidents, Foreign ministry and stationed ambassadors to stand up for the people strong and the nonsense will seize. You the young African should closely follow everything and constructively seek answers from our leaders, also, add value to yourself, improve and brighten any space you find yourself at all times; for a better performing Africa will automatically reflect on its citizens wherever they travel abroad or not.”

Chinese Ambassador to Ghana summoned over harassment of Ghanaians

The Minister of Foreign Affairs and Regional Integration, Shirley Ayorkor Botchwey has condemned what she describes as the “ill-treatment and racial discrimination” of Ghanaians and other African nationals in China in the wake of the COVID-19 outbreak.

The Minister has also summoned the Chinese Ambassador to Ghana, Shi Ting Wang.

The Minister said she had tasked the Chinese Ambassador to Ghana to call on his government to tackle the problem.

“I have been briefed on the inhumane treatment being meted out to Ghanaians and other African nationals in the People’s Republic China with regards to the COVID-19 outbreak. I regret and highly condemn this act of ill-treatment and racial discrimination. I have therefore summoned the Chinese Ambassador to Ghana Shi Ting Wang to register my disappointment and call for his government to immediately address the situation and bring officials to order.”

In recent times, China requires people arriving from abroad to be quarantined for 14 days.

Hundreds of African residents and businessmen in China’s southern city of Guangzhou have been evicted from hotels and apartments as local health officials rollout a testing campaign for COVID-19, community leaders have told the BBC.

Those evicted say they are being discriminated against.

“They are accusing us of having the virus,” said Tobenna Victor, a Nigerian student in Guangzhou.

“We paid rent to them and after collecting rent they chased us out of the house. Since last night we have been sleeping outside.”

Businessman Lunde Okulunge Isidore, from the Democratic Republic of Congo, had also said: “They came to my house. They told me to wait after 24 hours for the result, [but] after 24 hours nobody contacted me.” 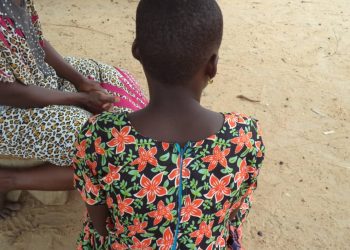