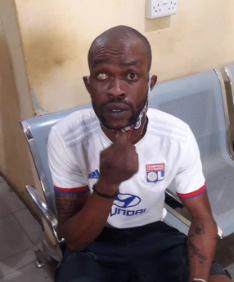 The Aflao Sector Command of the Ghana Immigration Service in the Ketu South of the Volta Region has arrested one Emmanuel Philip, a Nigerian national who registered for the new voters’ ID.

The ID was discovered through a bodily search that was conducted on the suspect who was trying to illegally enter the country through the main Aflao border.

The suspect is said to have registered through the assistance of two Ghanaians he lives with at Aflao. 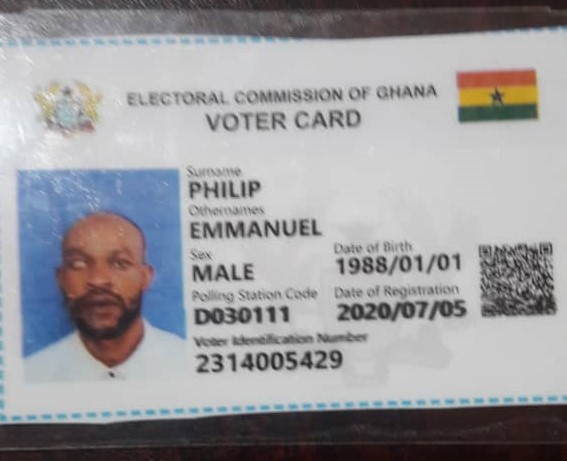 The two Ghanaians, Abigail Togbor and Jerry Azametsi stood in as guarantors for Emmanuel Philip during his registration.

“Mr. Azametsi confessed during interrogations that he advised his friend to take advantage of the ongoing registration exercise to acquire the Ghana voters’ ID, which eventually made him serve as a guarantor to the suspect.

“The Aflao Sector Command of the GIS has since handed over the prime suspect and the two guarantors to the Aflao District Police for further investigation and subsequent prosecution,” portions of a statement from the Command said.

The Command has also repatriated seven Togolese nationals who entered the country through unapproved routes of the borders.

The EC is embarking on a nationwide voter registration exercise towards the compilation of a new electoral roll for the December presidential and parliamentary elections.

It has urged the public to desist from engaging in activities that undermine laws governing voters’ registration exercise in the country.