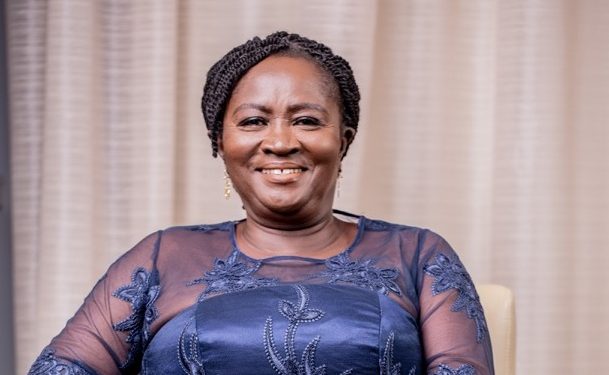 The Alliance of Feminine CSOs (AFCSOs) has condemned the attack on the running mate for the former President John Dramani Mahama, Jane Naana Opoku Agyemang.

The group also called on the First Lady to condemn a statement made by the four leading members of the NPP and caution them to desist from further attacking women political aspirants ahead of the general elections.

It emphasized the need for the men to be reminded that “in touting our democratic credentials as a country, hate and disrespectful speeches have no space in our body politics and therefore issues-based politics is encouraged.”

Jane Naana Opoku Agyemang’s nomination has been intensely criticised by some members of the governing New Patriotic Party (NPP).

Below is the statement from the Alliance

The Alliance of Feminine CSOs (AFCSOs) which comprises of Civil Society organizations (CSOs) headed by women, CSOs headed by men which focuses on gender empowerment, women groups, all women and physically challenged groups across the country, wishes to condemn personal attacks on all female 2020 political aspirants particularly the first female running mate of the NDC. We further call on Her Excellency, the First Lady of the Republic of Ghana in her own right as woman to come out clearly to condemn in unequivocal terms the statement made by the four leading members of the NPP and caution them to desist from making further attacks on all female parliamentary aspirants.

The personal attacks started with the Member of Parliament for the Adenta Constituency who is also a Communication Director of the NPP. According to him, regardless of the enviable track records of Prof. Naana Jane Opoku-Agyemang, Honourable Yaw Boabeng Asamoah finds her appointment as one that he claims demonstrate that Former President Jonh Dramani Mahama as a flag bear does not take Ghanaians seriously. This personal attacks were further amplified by the Majority Leader of Parliament who further raised issues about the competency of the professor to act in the absence of the president.

It is with disappointment that such a pejorative language be used by the same Majority Leader who is deputised by a woman, Hon Adjoa Sarfo and has the capacity of acting in his absence.

As if that was not enough, the party’s chairman for Ashanti Region, Atwi Bosiako known popularly as Chairman Wontumi sought to personally insult her by describing her from head to toe and her attire as epitome of disappointment in herself, and cannot provide any hope for Ghana’s future.

To add pepper to injury, a communication member of the NPP Abronye further described the NDC female running mate nominee as one whose age due to menopause will not allow her to make any meaningful contribution to governance. The question we seek to ask is that will these men be making the same utterance if a male with such enviable track records was nominated as the NDC running mate? The mere fact that she is female, male patriarchy has blinded them to see any good competences and qualities that she brings to the table.
This is a clear indication of a deep-seated disrespect among these leading members of the NPP about the capabilities of women which should not be entertained in a forward thinking democracy. The problem of male patriarchy has to be dealt with once and for all. It is very important to remind Hon. Yaw Boabeng Asamoah, Hon. Osei Kyei Mensah Bonsu and others that if they do not appreciate the role women play in nation building, they should be remided that without women voting for them and their political party they would not have had any platform to propagate such disrespectful words against women.

They should also be reminded that in touting our democratic credentials as a country, hate and disrespectful speeches have no space in our body politics and therefore issues-based politics is encouraged.

We have observed that these men are heavily intimidated by the track records of the female running mate whose academic credentials and international achievements is unparalleled, a PhD holder and a professor, the first female vice chancellor of the University of Cape Coast, a former minister of education, and currently serving on Women’s University in Africa in Zimbabwe among others. We are mindful of a powerful statement by Margareth Thatcher, “If they attack you personally, it means they have not a single political argument left.” Are these achievements not incredible? Why would any man question such enviable competence merely because it’s a “she” and not a “he”?

For we women “all inclusiveness” has won over backward thinking politicians who think women should always attend campaign ralies and voting for them rather than being voted for. We call on all well-meaning Ghanaians especially the First Lady of the Republic Her Excelllency Rebecca Akuffo Adoo, Mrs. as a fellow woman in her own right to condemn and call to order these men who are on a journey of personal attacks on the female running mate of the NDC.