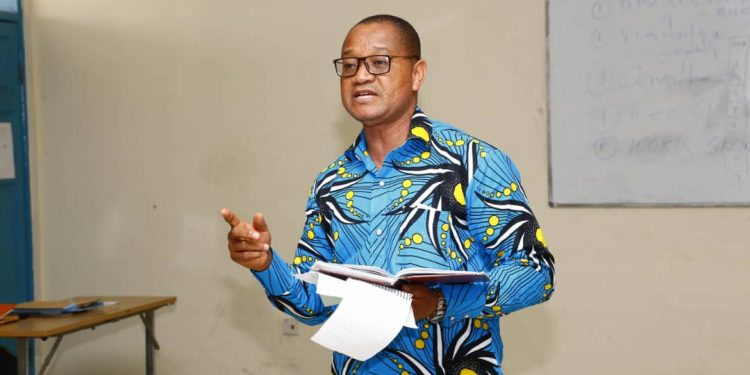 The Chairman of Parliament’s Legal Committee, Ben Abdallah Banda, says he disagrees with calls by the Ghana Bar Association (GBA) for a review of sanctions for persons who flout the wearing of face masks directive.

Persons who flout the Executive Instrument (E.I.) on face masks currently risk a prison sentence of four to 10 years or a fine ranging GH¢12,000 to GH¢60,000 or both.

In a Citi News interview, however, Mr. Abdullah Banda says the E.I. must be maintained to ensure compliance.

“I believe the original sanction was not what finds expression in the law now. In fact, it was enhanced and therefore it was waged with the minimum being GH¢12,000 and the maximum being GH¢60,000. So I would want to say that it is too early to review it because now that it is even high, people are flouting it. What about if the sanction regime is reduced? Then what it will mean is that people will not obey at all,” he noted.

“So I would want to say that as much as they have a case, it is too early to review it downwards. Let’s maintain it until such a time that we as a nation will realise that the consequences of the pandemic have been reduced to a measure that will not be out of proportion.”

Making this announcement on June 14, the President pointed out that the police and law enforcement agencies will enforce this directive through the Executive Instrument.

Even though some have argued that these sanctions are too harsh, the government insists that they are necessary.

The Information Minister, Kojo Oppong Nkrumah has said that “Sometimes if the sanctions are not deterring enough, we will not get the level of compulsion we are looking for.”

In the most recent development, the Ghana Bar Association called for a lessening of the current sanctions for not wearing face masks.

In a statement, the Association said the current punishments are severe and “may culminate in the imposition of custodial sentences.”