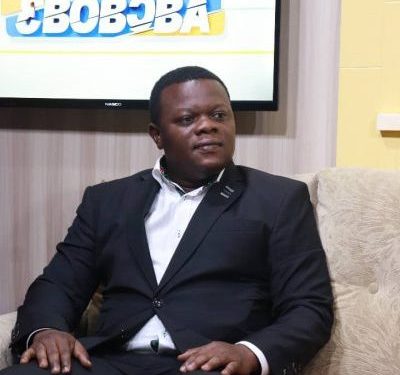 The parliamentary candidate for the National Democratic Congress (NDC) in the Weija Gbawe constituency, Cleland Ayaa Ayison, says he is hopeful a meeting with party executives will resolve the concerns that led to calls for his replacement.

This follows a petition to the party’s National Executives, signed by some of some constituency executives for his replacement as a parliamentary candidate due to what the petitioners say is the candidate’s shirking of responsibilities and failure to fulfil promises made.

Speaking on Eyewitness News, the leader of the petitioners, Dong Mohammed lamented the poor attitude of Mr. Ayison exhibited in the constituency.

“Ever since our PC was elected last year, he has never been to any branch or ward. When he was elected, we laid out our campaign programs to visit the opinion leaders, chiefs, clergy and Imams. About four days to the D-Day, our PC came to say he doesn’t have money. Anytime we come out with a program, he will say he doesn’t have money. He refused to work with the constituency executives, coordinators, and branch executives,” he complained.

“Anything we plan to do, he would say he doesn’t have money and you cannot go and campaign empty-handed. If anyone goes to complain, the PC will insult you. The coordinators came together and we decided to sit him down and advise him. We have advised him several times but he has refused to take our advice. Hence we decided that we cannot work with such a person. We wrote our petition and the branch executives of more than 500 people signed it,” he added.

The parliamentary candidate, Cleland Ayaa Ayison, however, says he is resolute and will win the seat.