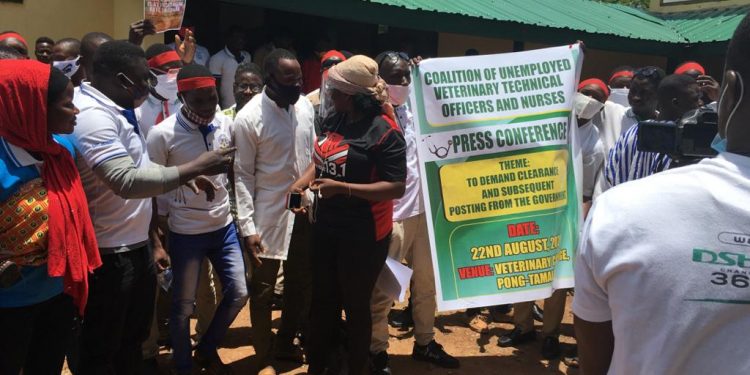 The coalition of unemployed Veterinary Technical Officers and veterinary nurses have threatened to protest if government fails to post them.

The coalition, made up of graduates from 2018 to 2020 say, they are struggling to survive over lack of jobs.

The coalition has given the Ministries of Food and Agriculture and Finance a 21-day ultimatum to release their financial clearance or face their wrath.

The group is also demanding postings for all 558 unemployed technical officers and nurses who have completed their national service since 2018 to date.

At a press conference on Saturday, August 22, 2020, at Pong-Tamale in the Northern Region, president of the coalition, Lankoriba Otabil expressed disappointment at the neglect by the government to provide them with jobs.

“How can we go to school and at the end we have been left jobless? So we are here to show our displeasure to the President and the ministry in charge that we need employment because people are laughing at us. We those who don’t engage in fraudulent activities to get money are looking like useless members in society because we are holding certificates for nothing, why is it so? Does it mean that there is no need for school? If the government fails to listen to us, it will lead to a massive nationwide demonstration and we will also educate the young ones in society not to show any interest in agriculture-related courses.” 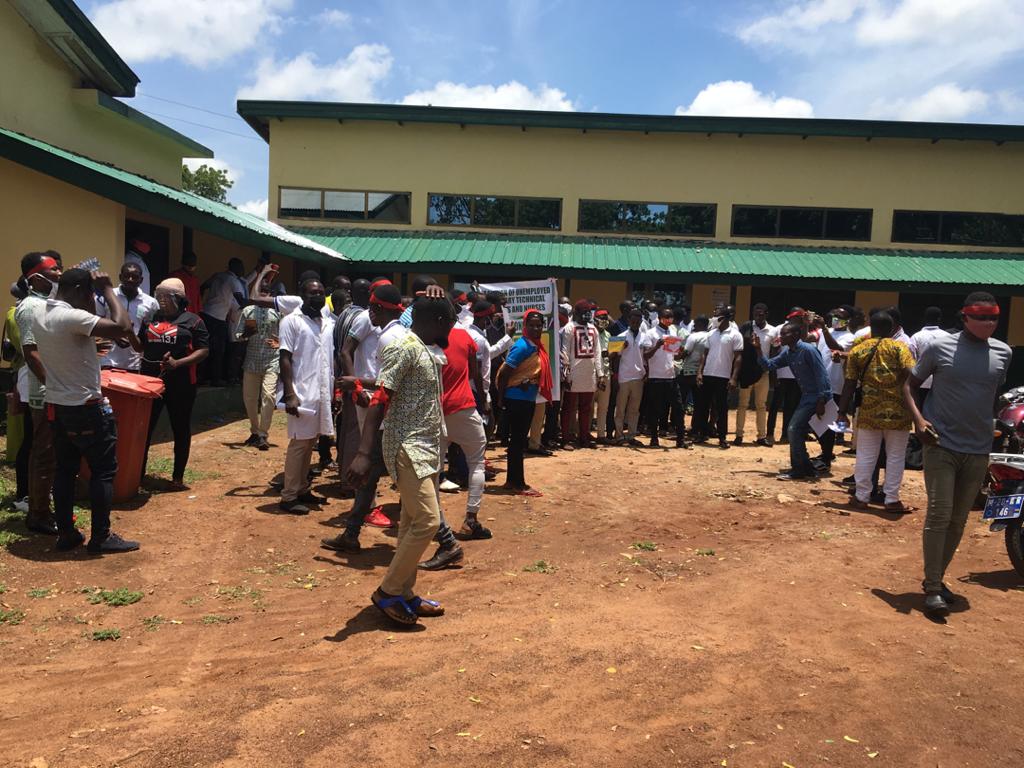 He also appealed to the Veterinary Medical Technicians Association of Ghana (VEMTAG) to sympathize with them by laying down their tools should the ministry decline their request.

Justifying why government should absorb them, he said nationwide veterinary doctors and para veterinarians are less than 1,300, adding that about 30 percent of these professionals will be retiring in the next two years.

Mr Otabil also explained that each district across the country has less than 5 veterinary officers, something he said is woefully inadequate to carry out the mandate of meat inspection, vaccination, treatment of livestock and to give advice to farmers among other duties.

He said the lack of these personnel have forced most farmers to resort to treating their own animals unprofessionally, putting the health of the general public at serious risk.

The president reiterated the need for government to employ them to deliver this responsibility to save the masses from quack veterinary officers who are patronized by farmers for lack of option.