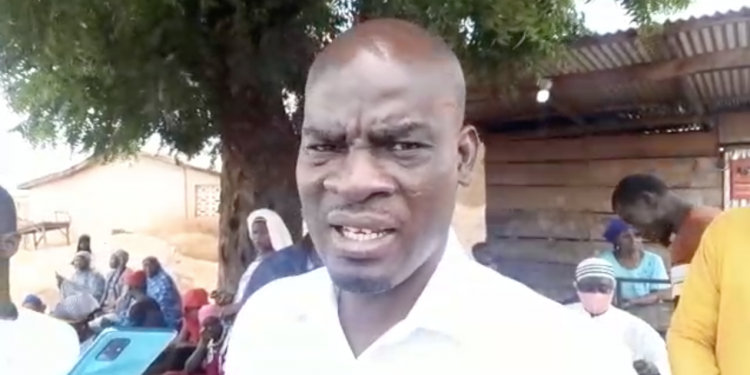 The Minority Leader and Member of Parliament for Tamale South, Haruna Iddrisu, has raised concerns that some residents who registered to vote have not been captured on the register.

At the Banvim Presby area in the constituency, for example, where 769 voters registered, the names on the register for the exhibition were 555, according to Mr. Iddrisu.

“There are major discrepancies in the register and in what has been made available to registered voters,” he complained to the press.

Speaking later on Eyewitness News, the Ashaiman MP, Ernest Norgbey, also said his side has “identified over 21,000 names missing” from registers assessed in his constituency alone.

According to him, since biodata was taken during the registration exercise, it is important for the EC to test the efficacy of the biometric verification machines since it will be used for the general elections as opposed to the manual checking of names.

“My significant disappointment is that the BVDs are conspicuously absent. Yet we have provided adequate budgetary allocation for the procurement of BVDs in quantities not less than 7,500.”

The least he expected was that the exhibition would be “undertaken with the availability, presence, use and testing of biometric verification devices.”

“Ideally, every polling station must have a BVD,” he insisted to the press.

The Minority Leader was speaking when he visited his constituency to cross-check his details in the ongoing voter exhibition exercise.

There was generally a low turnout on the first day of the voter exhibition exercise in the Tamale metropolis and other parts of the country.

The voter register exhibition exercise will last for eight days.

The exercise is taking place across all 33,367 polling centres nationwide.