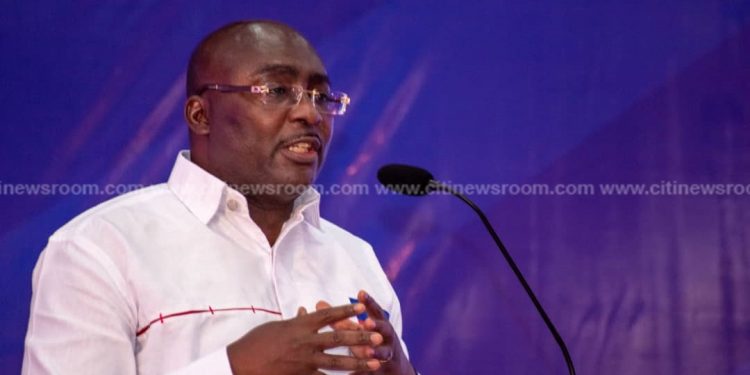 Dr. Bawumia will commission some projects and cut sod for the construction of roads in some districts.

The visit would also enable him to address durbars and pay courtesy calls on traditional authorities in the respective districts.

Vice President would start the tour at Atobiase in the Wassa-East District, inspect road works at Half-Assini, address a durbar at Sameyi and later inspect the construction of a polyclinic at Elubo.

Dr Bawumia would also meet with the Northern population at Elubo and later cut the sod for an LPG Plant at Nzema East to end the first day of his visit.

On day two, the Vice President would inspect Prestea roads and hold a durbar at Prestea Nkwanta, cut the sod for the construction of Sureso-Samareboi road in Gonukrom, visit the Islamic school at Manso Amenfi and later pay a courtesy call on the Asankrangwa Chief.

At Wuratrem, the Vice President would cut the sod for the construction of the Afransie-Ankwaso road and also call on the Wassa Akropong Chief and make a presentation on radio.

Vice President Bawumia would cut the sod for the construction of the Bawdie Asikuma Dawurapong road to end his two-day tour of the Region.