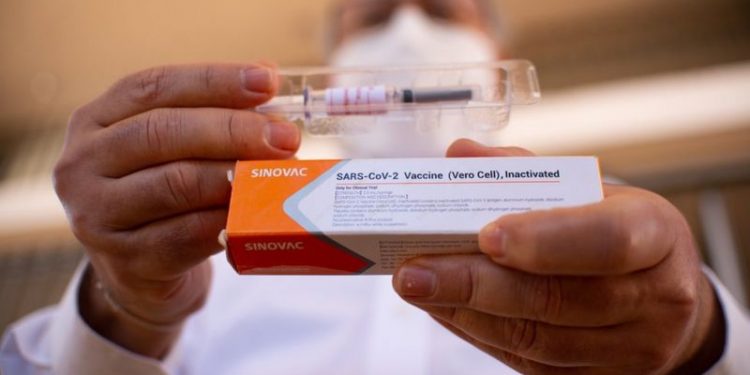 The Brazilian clinical trial for a high-profile Chinese Covid-19 vaccine has been suspended after health authorities reported a “severe adverse” incident.

Brazilian health regulator Anvisa said it took place on 29 October, but did not give further details.

The Sinovac vaccine is one of several in final-stage testing globally.

But China has already been using it to immunise thousands of people at home in an emergency use programme.

There was no immediate response from Sinovac.

Brazil has been one of the countries worst affected by coronavirus, recording more than 5.6m confirmed cases – the third highest tally in the world after the US and India – and nearly 163,000 deaths so far, according to data collated by Johns Hopkins University.

Why was the trial halted?

On Monday Anvisa said it had “ruled to interrupt the clinical trial of the CoronaVac vaccine after a serious adverse incident”.

It did not reveal what happened, nor where it took place. Late-stage trials for the Sinovac vaccine are also being conducted in Indonesia and Turkey, but neither of these countries have announced a suspension.

Dimas Covas, the head of Butantan, the medical research institute conducting the Brazilian trial, told local media that the trial’s suspension was related to a death. However, he insisted that the death was not related to the vaccine, Reuters news agency reported.

A pause in a clinical trial is not unusual. In September, the UK paused trials for another Covid-19 vaccine after a participant had a suspected adverse reaction.

The trials for the vaccine being developed by AstraZeneca and Oxford University were resumed a few days later after regulators said it was safe to continue.

Brazil’s President Jair Bolsonaro has been open about his preference for the vaccine being developed by AstraZeneca, saying his government would not buy a Chinese-made Covid-19 vaccine,