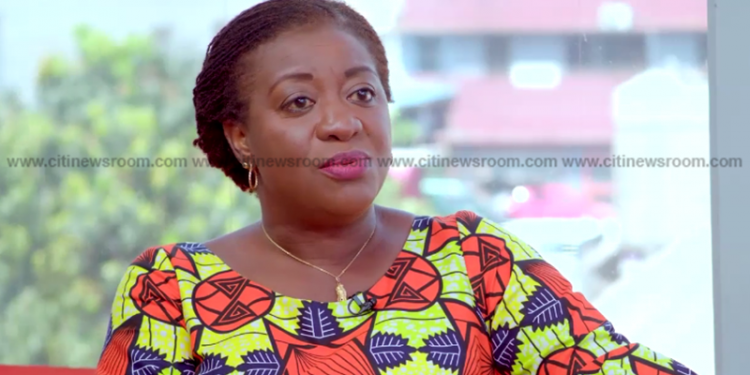 The flagbearer of the Progressive People’s Party (PPP), Brigitte Dzogbenuku, is proposing a new system that does not give an incumbent government the power to select leaders of the country’s Electoral Commission (EC).

This, she believes will eliminate mistrust and build public confidence in the country’s electoral management body.

She made the remarks during a courtesy call on the Asantehene, Otumfuo Nana Osei Tutu II at the Manhyia Palace as part of her campaign tour of the Ashanti Region.

“Non-transparency of the EC is a fundamental thing we need to deal with especially with rumours that it is in bed with a political party. This should teach us that the constitution needs to be reviewed so that no EC [official] is appointed by any government in power. It should be a process that will be trusted by every Ghanaian.”

She further admonished Ghanaians to trust the EC to conduct a credible electoral process “for the peace of this country.”

“Let’s trust the process, go ahead with it, and believe that the best will come out of it. If it does not happen, we will learn from it.”

The PPP flagbearer is in the Ashanti Region on a campaign tour as part of the party’s preparations for the election.

On his part, the Otumfuo commended Madam Dzogbenuku for her boldness to lead the PPP, and also spoke about the positive role women can play in Ghana’s politics and governance.

The National Democratic Congress (NDC) has already tagged the current Electoral Commission (EC) as an institution that has lost its credibility.

The NDC argues that the EC’s disregard for institutions in the country has led to an “irreparable” credibility crisis for the Commission.

Speaking at a press briefing in Accra, Director of Election for the NDC, Elvis Afriyie Ankrah cited the EC’s disrespect of the Interparty Advisory Committee as examples to support its claim.