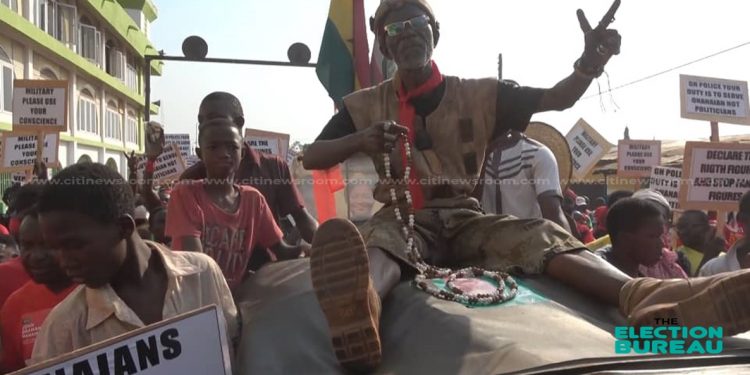 Supporters of the opposition National Democratic Congress (NDC) and some executives of the party have today, Wednesday, December 16, 2020, taken to the streets of Tamale in protest of the 2020 election results despite the earlier caution from the Ghana Police Service.

The supporters claimed the EC has “cooked” figures in favour of the governing New Patriotic Party (NPP) and have demanded that the EC declare the right result. 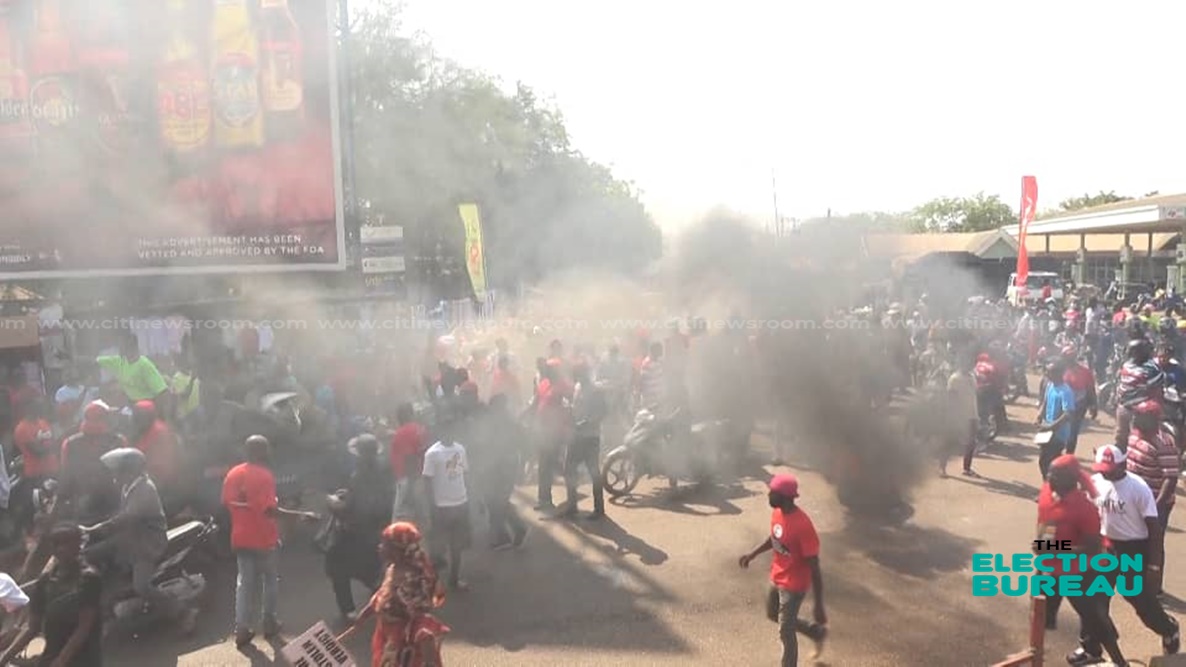 Adorned in black and red attire, the supporters carried placards with inscriptions, “Declare the right figures and stop faking figures, The stolen verdict, Military please use your conscience” among others and marched through the industrial road as well as the central business district of the Tamale metropolis. 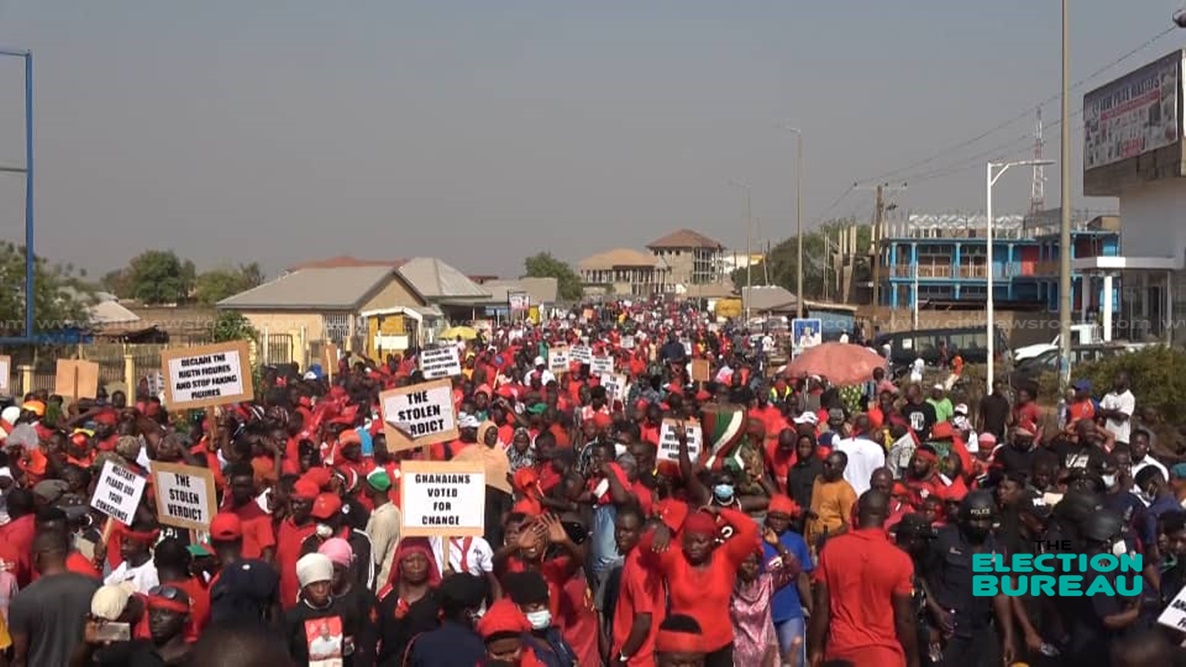 “We Ghanaians and NDC members are ready to let President Akufo-Addo know that the country is a peaceful country, and we won’t allow him to toil with it, and we will resist any attempts to subvert the will of the people.”

On Tuesday, December 15, 2020, some supporters of the party in the Ashanti Region also marched to also announce their displeasure on same.

They were led by the National Women’s Organiser of the NDC, Hannah Bissiw, and tried to enter the Ashanti Regional EC office. 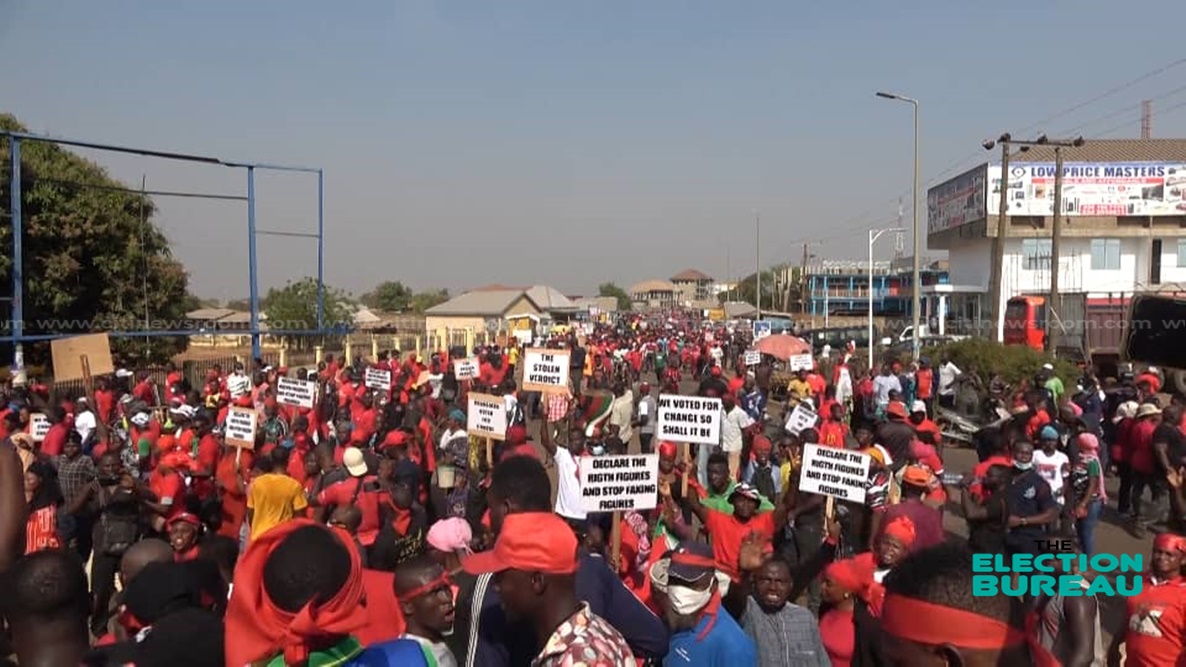 The Ghana Police Service had earlier warned the public against unlawful gatherings and demonstrations following the declaration of the 2020 election results.

According to the police, such gatherings without prior notification amount to a breach of the Public Order Act, 1994 (Act 491).

“The Public Order Act places an obligation on persons who desire to hold demonstrations or special events to give notice to the Police of such intention in a period of not less than five days before the date of the event,” a statement from the police said.

“It also obliges participants to obey the directions of police officers safeguarding the proper movement of other persons and vehicles and generally maintaining order.”

The EC announced President Akufo-Addo as the winner of the December 7 polls on Wednesday, December 9, 2020, despite concerns raised by the opposition NDC.

Describing the outcome as the “real stolen verdict,” Mr. Mahama at a press conference on Thursday, December 10, 2020, said the party will audit the outcomes of the poll to inform its next step.