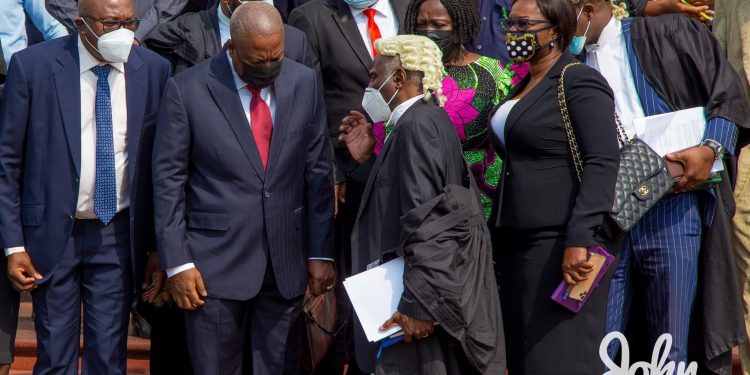 The Presidential Candidate of the National Democratic Congress (NDC), John Dramani Mahama, has filed a new motion at the Supreme Court asking the Electoral Commission (EC) to furnish him with all 275 original copies of constituency collation forms for the presidential election.

Mr. Mahama filed the motion through his lawyers on Tuesday, January 19, 2021.

This comes on the back of the dismissal of his earlier motion seeking to ask the Electoral Commission some 12 questions.

Mr. Mahama also requested for the records of “the alleged update to the purported declaration of presidential election results on 9th December 2020.”

According to the motion, Mr. Mahama wants:

At the core of his case, Mr. Mahama argues that neither he nor President Akufo-Addo attained a clear majority during the 2020 polls.

This is because of the omission of the Techiman South constituency from the declaration of results.

According to the EC, President Akufo-Addo garnered 51.59 percent of the votes while Mr. Mahama got 47.37 percent.

What happened during the last hearing?

In the last hearing on the petition,  lawyers for Mr. Mahama had applied to the Supreme Court to serve 12 interrogatories on the EC.

They were seeking to compel the EC to provide answers to questions known in legal parlance as interrogatories.

The said interrogatories included the manner in which the results of the 2020 presidential polls were transmitted and the level of involvement of the National Communications Authority (NCA) in the process.

However, the lawyers for the EC and the President opposed the application.

They argued that John Mahama and his legal team were using the “back door” to seek further information from the EC that were not captured in their petition.

Mr. Akoto Ampaw, the lawyer for President Akufo-Addo, described the application as a “fishing expedition”.

The Supreme Court in a unanimous decision dismissed the application.