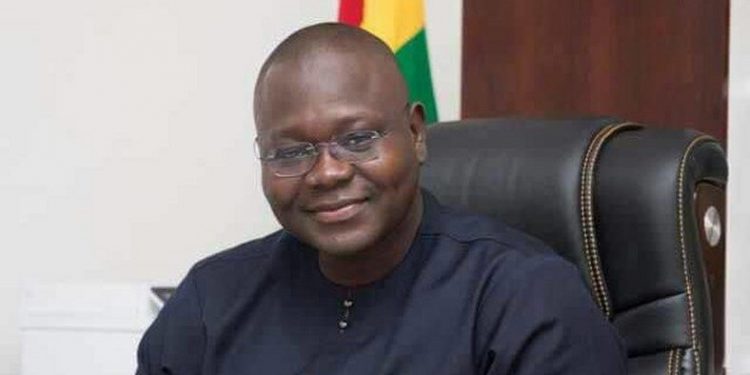 The Minister for Works and Housing, Francis Asenso-Boakye, says the government is committed to completing the 1502 units of the controversial Saglemi affordable housing project.

According to Francis Asenso-Boakye, investors and engineers on the project will be engaged before government arrives at a completion date for the project.

Addressing the media after inspecting the housing units, sector minister, Francis Asenso-Boakye said though the Saglemi housing project is a good idea, the design and implementation were wrongfully done.

“A lot has been done but a lot more needs to be done. We have invested close to GHS200 million into this project and this is where we are. I believe the project was a great idea but the conception, the design, the implementation did not go well at all and that is why we have found ourselves in this situation. But I am committed to putting the past behind us and moving forward so that we can complete the project of over 1000 housing units.”

“The current housing deficit is two million so if we are able to complete these housing units, it is a big step towards tackling the housing unit. I’m not a technical person so I don’t know the very details of it but my task is to find money and find a very innovative way of looking for resources to complete this project,” he added

Meanwhile, Director of Housing at the ministry, Theresa Tuffour says 1,339 out of 1,502 units have been completed.

“Out of 1,502 they have completed 1,389. 386 are at various stages, 868 have been completed and if our infrastructure is provided, that is, light, water, and the sewage system is done, people can move in and occupy it. And then there are about 139 townhouses that have also been completed.”

The project, which was commenced under the Mahama administration was stalled due to a decision by the Akufo-Addo administration to probe the financial arrangements around the project.

The Minister for Works and Housing, Samuel Atta-Akyea, invited the Attorney General to scrutinize the agreements in October 2018.

The government feels there appears to have been a misappropriation of funds in the project, resulting in shoddy work.