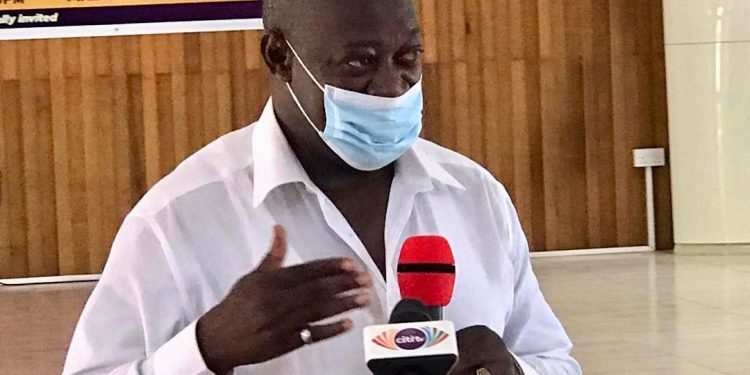 A former Director-General of the Ghana Health Service (GHS), Professor Agyeman Badu Akosa has taken on the government for failing to fix the deplorable Takoradi to Tarkwa road.

Professor Badu Akosa who was speaking after travelling on the 53-kilometre road from Takoradi to Tarkwa in the Western Region to mark this year’s World Health Day said the government owes the mining communities answers for the poor road after all the royalties it has collected.

“The road from Takoradi to Tarkwa is diabolical. For a town that provides so much for Ghana’s GDP, it is diabolical, It should be first-class, two-lane, asphalt. [I think] Anglogold and Goldfields, have something to tell the government. They just cannot take dividends and not provide you with service,” he said.

There have been several protests by residents in the Western Region over their deplorable roads.

The recent one was staged by residents of the Tarkwa Nsuaem municipality who argued that more of the gains from mineral revenue should be channelled into infrastructure.

The Tarkwa Nsuaem Municipality is one of the leading producers of gold in Ghana.

Heavy-duty vehicles transporting cocoa, bauxite and Manganese for export to the Takoradi Harbor also use the road, putting pressure on that stretch of road.

In September 2018, some Tarkwa chiefs led residents to block roads in protest bringing economic activities to a halt.