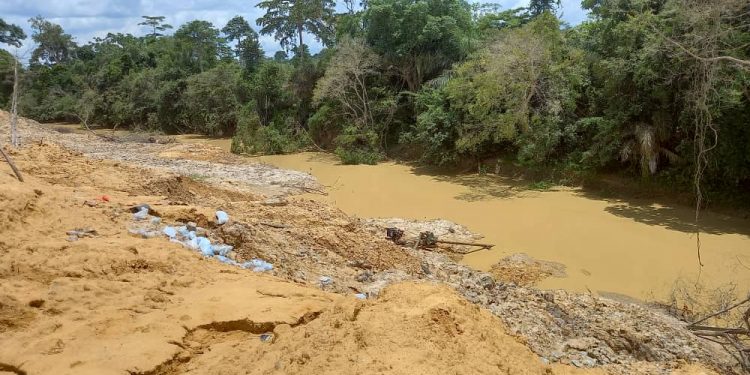 The Wassa East District Security Council has arrested two Chinese illegal miners at their rented residence at Ateiku in the Western Region.

The miners, who were protected by armed guards, were operating at a site in Patatwumso.

According to the District Chief Executive for Wassa East, Wilson Arthur, “DISEC’s attention was drawn to their operations about five weeks ago. We sent the District Police Command and the BNI to pick more intel to inform responses. Based on the information, Operation Vanguard stormed the location but the report was that they fled and were not caught.”

He said further information revealed that the illegal miners had begun disassembling their machines and leaving the mining site.

Based on the new information DISEC had received, a decision was made to arrest the two illegal miners from their residence at Ateiku, about 10 kilometers from the illegal mining site.

“DISEC cooperated with the national team and successfully picked up two Chinese [persons] who were at the Ateiku residence. They led the team to the Patatwumso site and exhibits were picked,” Wilson Arthur said.

He said as part of efforts to deal with the illegal mining phenomenon, a Heritage Pra Forum has been created with seven MMDCEs in the Pra catchment area collaborating by “sharing intelligence and responsive ideas to stop the pollution along the entire stretch of River Pra.”

“Ten boats are being manufactured for this project. Jingles targeting attitudinal change are being produced to be run in communities bordering river Pra among other solutions,” he said.

In the past, boats and illegal mining equipment have been burnt, with some arrests made.

Galamsey fight ‘at a crossroads’ – Jinapor 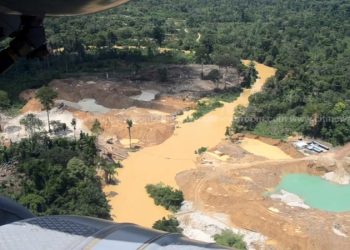 Galamsey fight 'at a crossroads' - Jinapor