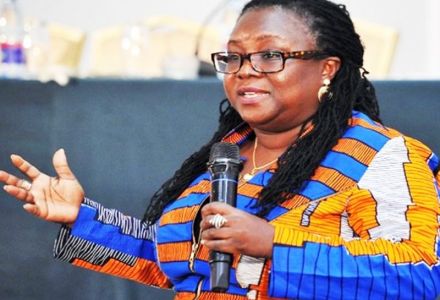 A former director of the School of Communication Studies at the University of Ghana, Prof. Audrey Gadzekpo says there is an urgent need for the government to address the growing incidents of assault and torture of individuals including journalists carried out by national security operatives.

She said the country is currently witnessing a “terrible culture of lawlessness and brutality” and a crisis of impunity.

Prof. Gadzekpo’s comment was in reaction to the arrest and assault of Citi FM‘s Caleb Kudah by armed national security operatives as well as their invasion of the media house’s premises to arrest another journalist, Zoe Abu-Baidoo Addo last Tuesday.

“We ought to be concerned about national security, and the terrible culture of lawlessness and brutality they exhibit and to recognize that there is an obvious crisis of impunity that the government and Minister for National Security must address with urgency,” she said on Joy News File.

According to her, Ghanaians must be concerned about the kind of treatments meted out to people by national security operatives in the country, adding that the National Security Minister, Albert Kan Dapaah, must take full responsibility for the problematic behaviour and tasked to ensure that it is addressed.

“We should be concerned about the treatment of other people that come in the purview of national security. It is a problem…He should be held accountable for the actions of his ministry and asked to address the systemic problem. We have to hold the individuals implicated in this case responsible,” Prof. Gadzekpo said.

The Professor of communication and media studies said the individuals said to be complicit in the recent action including DSP Samuel Azugu and one Col. Agyemang must be investigated and sanctioned.