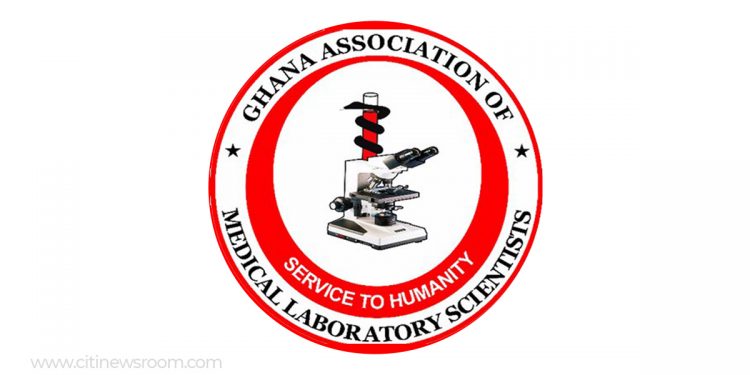 The leadership of the Komfo Anokye Chapter of the Ghana Association of Medical Laboratory Scientists (GAMLS), says it will notify management of its decision to escalate the ongoing industrial action to a full-blown strike from today, Wednesday, May 26, 2021, if the two hematologists remain at post.

Exactly a week ago, the Medical Laboratory Scientists declared a sit-down strike over the posting of two hematologists to the Laboratory Service Department of the hospital.

The Association in a Citi News interview said, their next action would be to escalate the strike if management remains adamant to their demands.

Mr. Ernest Badu Boateng, the Chairman of the Komfo Anokye Chapter, says they will only rescind their decision should the management of the hospital heed their advice.

“Tomorrow our chapter will meet and scale up our strike to a full-blown strike where we won’t come to work at all, and the signals I am picking is that others in parts of the country are ready to join us from Thursday and then from Monday, the nationwide strike takes effect should the situation remain the same.”

“But in case we declare our strike and the management heed to our demands and withdraw the said doctors, we will also return to work, but should they remain adamant and intransigent, then that is how it is going to be.”

Others to join strike

Meanwhile, the Bono and Central Regional chapters of the Ghana Association of Medical Laboratory Scientists (GAMLS), have also declared their support for the strike embarked upon by their colleagues at the Komfo Anokye Teaching Hospital, and have vowed to join the action if their concerns are not addressed.

They made public their positions after the Bono East chapter of the Association made a similar pledge.

The National Association of Laboratory Scientists has also threatened to escalate the strike nationwide.

Tema Oil Refinery not on the verge of collapse – Management

Tema Oil Refinery not on the verge of collapse - Management