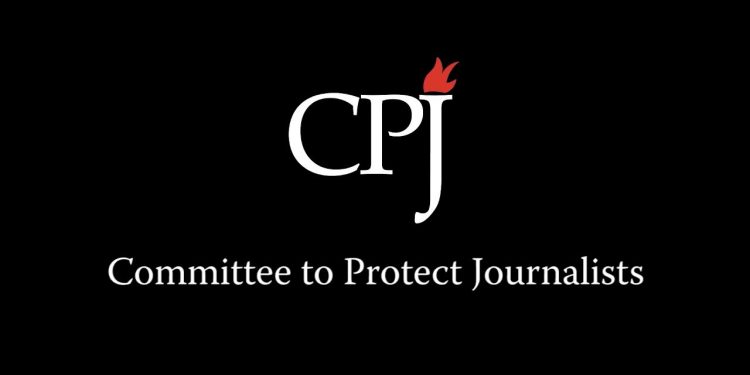 The Committee to Project Journalists (CPJ), an international NGO that promotes press freedom and defends the rights of journalists, has joined calls for a thorough investigation into the allegations of abuse and arbitrary arrest of two Citi FM journalists, Caleb Kudah and Zoe Abu-Baidoo Addo.

CPJ, in a statement on Wednesday, May 26, 2021, said it has noted that journalists in Ghana have, in recent times, been subjected to indiscriminate arrests, brutality, and device seizures.

CPJ’s Africa program coordinator, Angela Quintal, said “Ghanaian authorities must identify and hold to account, the police officers who assaulted Caleb Kudah; arrested him and his colleague, Zoe Abu-Baidoo Addo, and deleted photos from their phones. In recent years, journalists in Ghana have too often been subjected to indiscriminate arrests, brutality, and device seizures by security officers.”

CPJ said it had called and messaged the Minister of National Security Albert Kan-Daapah and police spokesperson, Sheilla Kessie Abayie-Buckman, for their comments on the attack on the journalists, but did not receive any replies.

On Tuesday, May 11, 2021, operatives of National Security arrested and assaulted Citi FM‘s Caleb Kudah, after they found him filming abandoned state-funded vehicles near their office.

The operatives subsequently besieged the premises of Citi FM to arrest another journalist, Zoe Abu-Baidoo Addo because Caleb had sent the files to her via WhatsApp.

Both reporters were forced by the operatives to delete all multimedia materials on their phones.

The two are yet to be charged after their release on that same day.

Following this development and the vivid accounts given by the two journalists on The Point of View on Citi TV, several individuals and credible organizations have condemned the National Security’s handling of the situation, and called for a thorough probe, and also a restructuring of the national security outfit.

The National Security Secretariat in a statement on the development said it is investigating the matter.

“The secondment of Lieutenant Colonel Frank Agyeman (Director of Operations) at the Ministry has been reversed. The officer is to report to the Chief of Defence Staff for further investigations and appropriate action” the Ministry said in a statement.

Three police officers involved in the assault were also withdrawn and instructed to report to the Ghana Police Service for investigation.

Lieutenant Colonel Frank Agyeman has since been appointed as the Commanding Officer of the 64 Infantry Regiment of the Ghana Armed Forces amidst condemnation from various NGOs and civil society groups.