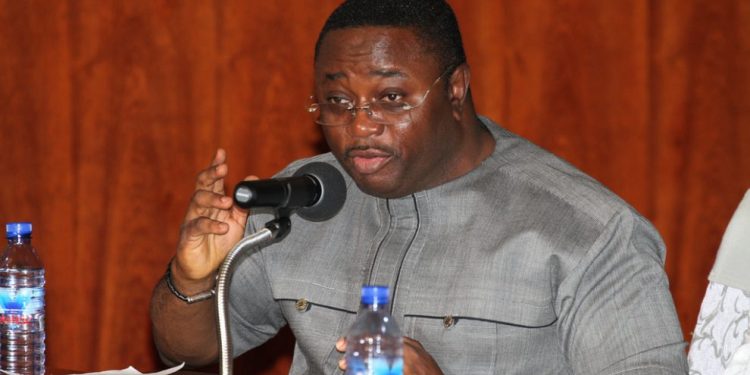 In a media interaction, Mr. Afriyie said the campaign served as an avenue for citizens to express their frustrations over the poor conditions of living under the current government.

“It is obvious this has been an organic movement that has sprung up out of the conviction of several young people and the realities they face in their daily lives. I was just speaking to a former NUGS executive this dawn, and she was telling me she was still looking for a job, and so it should tell you that so many Ghanaians are going through very serious hardships. All this is happening against the backdrop of what we believe has been serious mismanagement of the economy. “

The new debt figure brings Ghana’s debt to Gross Domestic Product (GDP) ratio to 70.2% as of the end of March 2021.

“Within these past few months, the debt has risen to GHS 304 billion. What it means is that the NPP has borrowed over 183 billion within four years and a few months. What do they have to show for it?” he quizzed.

The #fixthecountry campaign started on Twitter and other social media platforms, where protesters expressed outrage about economic hardship and the level of underdevelopment brought on by successive governments.

The protesters have been faced with a number of challenges, including an injunction filed by the Police against a planned protest.

The Supreme Court however nullified the injunction on Tuesday, June 8, 2021.

Although some government officials have expressed the state’s commitment to meeting the demands of the campaigners, there are those who believe the President, Nana Akufo-Addo in particular must speak on the group’s concerns.