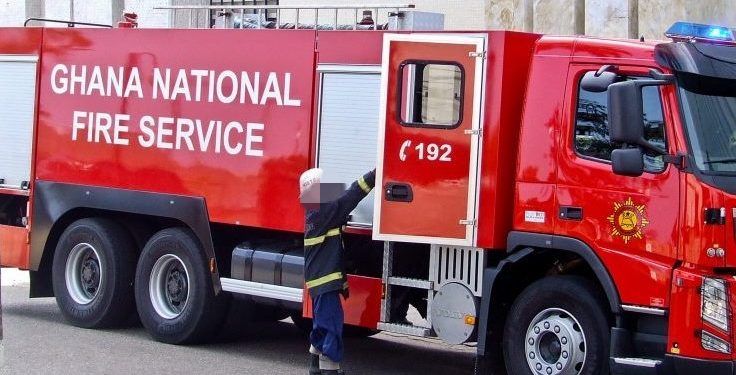 The intervention of firefighters from the Nkawie Fire Station helped to prevent fire from destroying more classrooms and boarding facilities of a private school at Abuakwa in the Ashanti Region.

The dawn fire razed about six classrooms of the St. Lisbert Junior High School, which were being used as temporary dormitories for the students.

The fire is said to have started from the apartment of the school’s Senior Housemaster before spreading to the classrooms.

Furniture and other teaching and learning materials were also destroyed in the fire.

“The fire was aided by the explosion of a gas cylinder. They wanted to break the room and take out the cylinder, but they couldn’t. When we got here, the fire had affected six rooms, so what we did was to prevent the fire from spreading. There was, however, no casualty,” he added.

The fire started just after midnight on June 17, 2021, and spread through the first floor of a storey building while the occupants were asleep.

The deceased, Samuel Kwadwo Fordjour, an air-conditioner repairer and caretaker of the house, was trapped in the fire while other occupants managed to escape.