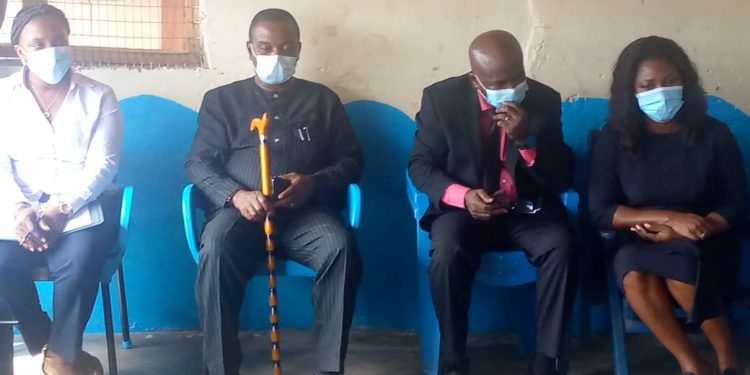 Some journalists have taken issues with the approach of the three-member committee probing the disturbances at Ejura in the Ashanti Region, that left two protestors dead, and four others injured after soldiers fired shots into the protestors.

According to them, the proceedings appear to focus more on the role of the media, with members attempting to blame the media for the events that occurred in Ejura, rather than focusing on revealing the truth of what transpired.

The Deputy Ashanti Regional Police Commander, DCOP David Agyemang Adjem, stated that the reports of the media on the Ejura incident heightened tensions.

“The journalists did not also help with their reportage because a lot of tension was created when for me there was none. I am sure if they had come to us to seek information rather than go on air and say the things they wanted to say, it would have at least brought tensions down but they didn’t.”

Speaking to Citi News, Erastus Asare Donkor, a Journalist with Multimedia in Kumasi in the Ashanti Region, said if journalists had not risked their lives to cover the event, there would be no need for the inquiry, adding that the attempt to lay blame on the media is unfair.

“There is no shred of evidence that the media incited the demonstration on the streets of Ejura. And this is a Committee that is trying to find the truth to conclude, and they seem to suggest that it is the media that is trying to allude to the fact that we are in a way, inciting the people on the street. The people were angry when we got there, and it is not the #FixTheCountry that got them angry, but the death of Kaaka because according to them, he was communicating their grievances and they didn’t know why he should be attacked.”

“We don’t know the cause of his death so why the tag that the media and our work incites people which is not backed by evidence knowing that if most of us had not risked our lives when bullets were flying in Ejura to record videos so that the truth shall prevail, we won’t be here.”

“We did our job bravely and boldly because we wanted our democracy to change and improve, we wanted the truth to come out and we are just helping a committee to unravel the truth, so what wrong did we do? Some questions came up, I thought the committee was going to ask and probe, but they didn’t,” he added.

“My disappointment has to do with the deliberate attempts to attack the media. What did we report wrong in Ejura? We told the story as it is because they cooked their earlier press statement then the media came to expose them that that was not what happened. Currently, they are telling us that they have arrested two people who were holding guns. Have you seen the police displaying any gun that they have retrieved from anybody in Ejura?” Asaase Radio’s Jonathan Ofori said.

Isaac Bediako of EIB Network’s Ultimate FM in Kumasi also criticised the work of the committee, saying the subtle attempts to accuse the media of inciting the protests is unfounded and unwarranted.

The committee began preparatory arrangements on Monday for its sitting on Tuesday, July 6, 2021.

The three-member committee on Monday, July 5, 2021, met the Ejura Traditional Council, the leadership of the Zongo Community, and affected families.