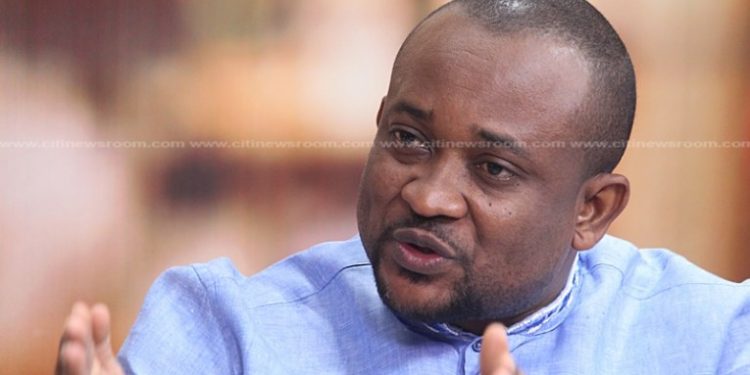 A former Deputy Information Minister, Pius Hadzide, feels members on the Minority side in Parliament are being disingenuous with their criticism of recommendations made by the Professor Yaa Ntiamoa-Baidu Committee on emoluments for spouses of the President and Vice President.

Mr. Hadzide, on Eyewitness News, wondered why National Democratic Congress (NDC) Members of Parliament had suddenly become critical of the agreement despite actively participating in its approval in Parliament in January 2021.

“What I have indignation towards is the attitude of, particularly, the NDC MPs towards this report and their conduct after these matters have become issues of public concern. I have a problem with them because they are [in] Parliament, and not the President or the Vice President. Some of the MPs are proceeding to court over this same matter which, ordinarily, we are told that they approved.”

Mr. Hadzide posited that the NDC MPs’ sudden opposition to the recommended emoluments signifies their intent to politicise the raging debate on the issue.

“Parliament did its job by approving the work of the Professor Ntiamoa-Badu Committee, which speaks to all of these matters. If there was dissent in the matter of parliamentary approval, we would have picked it [up]. This was without dissent, it was unanimous.”

“Only seven or so months after, MPs who approved this thing are now talking about it. It could mean only one of two things – that there was dereliction of duty or they are now playing partisan politics, and I choose [to believe] the latter.”

Some Ghanaians are outraged after it emerged that the wife of the President, Mrs. Rebecca Akufo-Addo, and the spouse of the Vice President, Samira Bawumia, are to receive salaries equivalent to those of cabinet ministers.

Although the First and Second Ladies have since rejected the emoluments and have promised to refund all allowances paid to them since 2017, some NDC members have challenged the recommendation in court.

They have argued that the situation demands the urgent attention of the Chief Justice and the Judiciary to help bring finality to the controversial subject.

Recently, former President John Dramani Mahama waded into the debate on the recommended emoluments, arguing, among other things, that allowances for the spouses of Presidents and Vice Presidents are already provided for under the budget of the Office of the President.

But Mr. Hadzide dismissed the former President’s point, saying Mr. Mahama never raised issues with the recommendation when he was initially consulted about it.

“What makes it worse is the intervention of Mahama which has turned this whole matter into a political football by the inherent contradiction in his own statements. He was consulted on this. If he had any issues about this why didn’t he raise these issues during consultation?”

The emoluments were part of suggestions by the five-member Professor Yaa Ntiamoa-Baidu set up in June 2019 by President Nana Akufo-Addo to make recommendations on the salaries and other gratuities of Article 71 officeholders.

Per the recommendations, the spouse of the President is to be entitled to the payment of a salary equivalent to a Cabinet Minister MP while in office.

Per the Constitution, Article 71 office holders include the President, the Vice-President, the Speaker of Parliament, the Chief Justice and Justices of the Supreme Court, Members of Parliament (MPs), Ministers of State, political appointees, and public servants with salaries charged to the Consolidated Fund but enjoying special constitutional privileges.

2021 census not yet over; avail yourselves to be counted – GSS to Ghanaians

2021 census not yet over; avail yourselves to be counted - GSS to Ghanaians