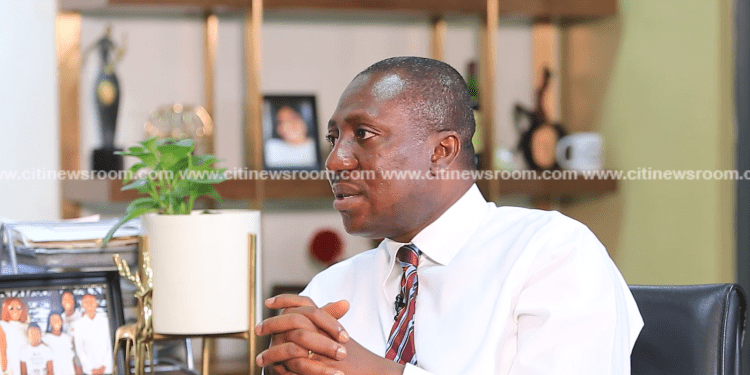 The Deputy Majority Leader and Chairman of Parliament’s adhoc Committee that probed the botched Sputnik V vaccine procurement deal, Alexander Afenyo-Markin, does not think it will be necessary to take punitive action against Health Minister, Kwaku Agyemang-Manu over the messy deal.

Although the Minister indicated that no money was paid to the company despite an initial 20,000 vaccines supplied to Ghana, the report by the committee found that 50 percent of the total contract sum of GHS16 million was actually paid.

He said the urgent and critical nature of the circumstances at the time, did not permit him to use the right channels.

These revelations intensified calls for the resignation or dismissal of the Minister.

But a report from the adhoc committee tasked to investigate the botched deal only recommended that the Finance Minister, Ken Ofori-Atta, takes steps to recover the $2,850,000 expended towards the botched procurement.

The businessman in question has also written to pay back the money in response to a request made by the Minister in a letter dated August 2, 2021.

This has not gone down well with some pressure groups.

They thus pushed for criminal proceedings to be initiated against the Minister since he had stated under oath that no money was paid in the process to procure the vaccine.

But Mr. Afenyo-Markin thinks these recommendations are far-fetched.

He argues that there are no provisions in the law that implicate the Health Minister.

Speaking on Face to Face on Citi TV, he said, “I have not read any statute which says that failure to seek prior approval amounts to an offense. There is no such law that I have read that implicates the Minister. What I know is that when you do not seek prior approval, and you are subsequently advised, and you verily believe the same to be true, you go for ratification, and ratification of decisions is allowed by law.

Under the PPA Act, you are allowed to seek ratification. You can only talk about a breach after PPA has conducted investigations and said it is unable to ratify a decision. Much as the atmosphere is charged, we equally hold a duty to educate on the law. Beyond the political questions and answers are the realities of the law.”

Mr. Afenyo-Markin holds that, though the Health Minister may have erred at a point, he is being unduly victimised.

“Unfortunately Mr. Agyemang Manu has become a victim of circumstance and that is the price you pay when you come into public service. It is expected. People can misconstrue you. The public has not received the full facts. People are twisting the story to embarrass him. The point is that when he was referring to that figure, at the point in time, he was responding to questions on the government of Ghana sources, bear in mind that for bilateral sources there is no third-party distributor. So he said that on that score, he will not pay more than that.”

“In our findings, we said it would have been prudent for him to seek the Attorney General’s advice, come to Parliament, and go to PPA before signing the agreement. We don’t want the impression to be that the NPP side of the committee is defending the Minister. We only want the facts to be put out there fairly so that we don’t pollute the minds of people. It was a bi-partisan committee, we unanimously came up with the report. I am not changing my position on our findings. But I am ready to defend and deal with all mischief,” he added.

Meanwhile, Sheikh Ahmed Dalmook Al Maktoum, the Dubai-based businessman the Ministry of Health contacted for the botched procurement of 300,000 doses of Sputnik V vaccine has agreed to refund an amount of $2,470,000 to Ghana.

This was after the Ministry wrote to him for a refund.