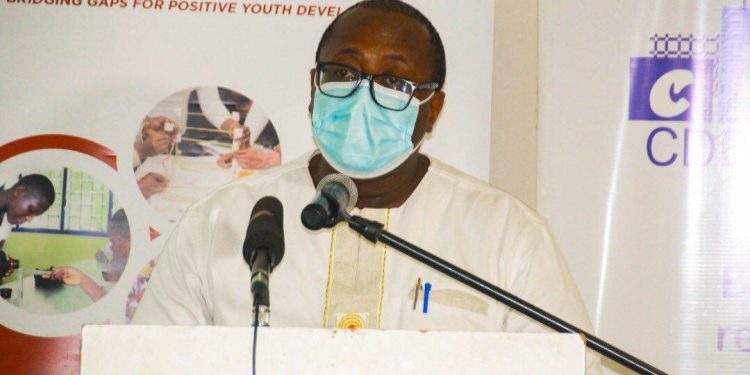 Dr. Kojo Asante, the Director of Policy and Advocacy at the Ghana Centre for Democratic Development (CDD-Ghana) says the government’s mantra of resourcing state institutions to fight corruption has largely been problematic due to the absence of corresponding results.

He argues that, although giving the agencies the needed support is good, he said the deep-rooted levels of corruption which continue to hover around public offices really derail efforts being made to curb the menace, especially in the public sector.

Dr. Asante was speaking on the back of the CDD-Ghana’s latest post-election survey, which showed that majority of Ghanaians lack confidence in President Nana Addo Dankwa Akufo-Addo to protect the public purse and fight corruption despite the President’s commitment.

On Eyewitness News, Dr. Asante indicated that the fight against corruption must begin to show real results.

“When the argument is being made that resources have been pumped into institutions, that is fine, but if it is not showing output in terms of actually fighting corruption, then it comes back to the conversation of what is the government doing about corruption? Is it working, or it seems to be working?”

“If that is not happening, then it means that there is a problem. Then, we should go back and look at what the monies are being used for. So for me, it is not enough to say they have invested in institutions. They have to show what the institutions have produced because when the term is over, no one is going to say that you invested more in fighting corruption. That is an input, not an outcome”, he said.

What the survey said

62% of 2,400 Ghanaians interviewed in the post-election survey conducted between May 23 and June 3, 2021, say they do not have confidence in the ability of President Akufo-Addo “to protect the country’s financial resources and curb corruption in the next four years.”

“While Ghanaians are split (48% vs. 48%) on the government’s ability to ensure that rule of law is upheld in the next four years, majority [of them] are not confident in its ability to protect the country’s financial resources (53%) and curb corruption and official impunity (62%),” the report added.

President Akufo-Addo’s biggest critics, the opposition National Democratic Congress (NDC), have consistently chastised him for superintending over what they say is massive corruption, notwithstanding that the President has insisted that his fight against corruption is unprecedented.

In this round of the post-election survey, however, Ghanaians say President Akufo-Addo will not be able to curb corruption and impunity in his second term.

The NDC has accused President Akufo-Addo of shielding corrupt officials serving in his government.

Speaking at a press conference on Monday, August 30, 2021, the National Communications Officer for the NDC, Sammy Gyamfi said the President had rather cleared and shielded these officials, “instead of prosecuting them and ensuring that the monies they’ve siphoned are refunded to the State”.

“What is instructive in all this is the fact that none of the government officials and NPP functionaries responsible for all these cases of corruption which have occasioned huge financial losses to the state have not been held responsible for any of these corrupt acts.”

“This is what has made corruption a free-for-all pageant show in the Akufo-Addo/Bawumia/NPP government and has emboldened many more appointees and officials of government to engage in more acts of corruption and plain stealing with brazen impunity,” Mr. Gyamfi added.