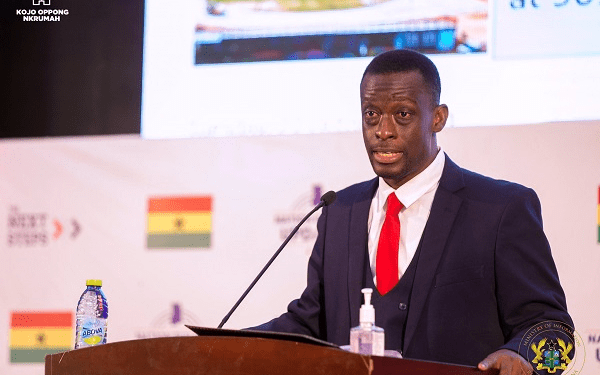 The Western Regional Coordinating Council has explained that the Regional Minister and MP for Takoradi, Kwabena Okyere Darko-Mensah, has not instructed Metropolitan, Municipal and District Assemblies in the region to contribute various amounts towards his father’s impending final funeral rites.

“Following a decision with the dean of MMDCEs and MMDCES… it has been decided that your MMDA is to contribute the following amount towards the final funeral rites of the late father of the regional minister…”, a portion of the purported letter signed by the Chief Director of the Western Regional Coordinating Council (WRCC), Frederick Agyemang, said.

The Chief Director supposedly instructed the assemblies to pay the monies at the regional account Room 19 by close of work on Monday, September 20, 2021. 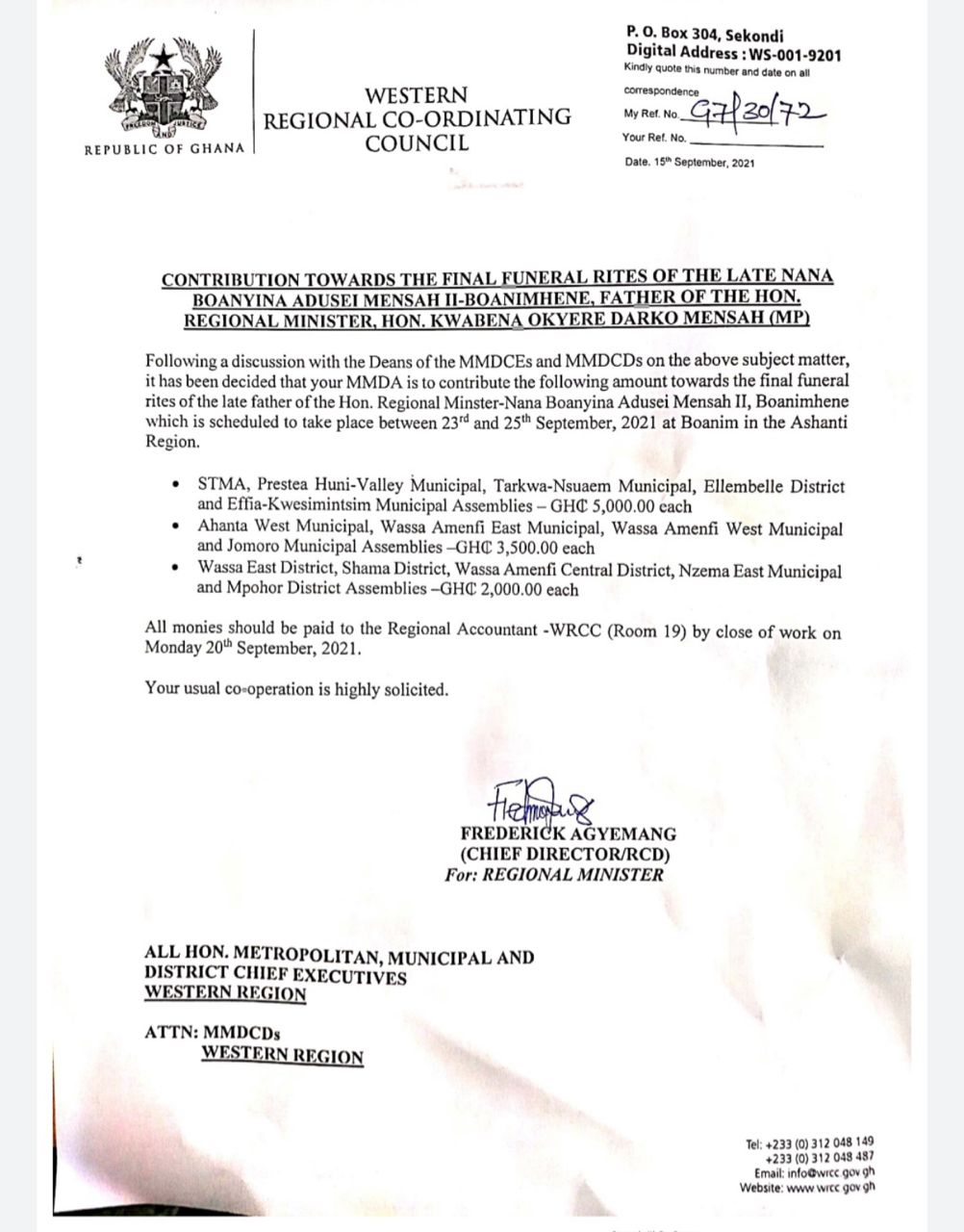 However, the Western Regional Coordinating Council has denied the report.

“He [Minister] has not instructed any Hon. Metropolitan, Municipal and District Executives (MMDCEs) to make any payment in support of his father’s funeral or any other funeral. Please disregard and consider as not true any such information, as the purported letter did not have the seal of the Regional Coordinating Council,” a memo signed by the Public Relations Officer for the Western Regional Coordinating Council said. 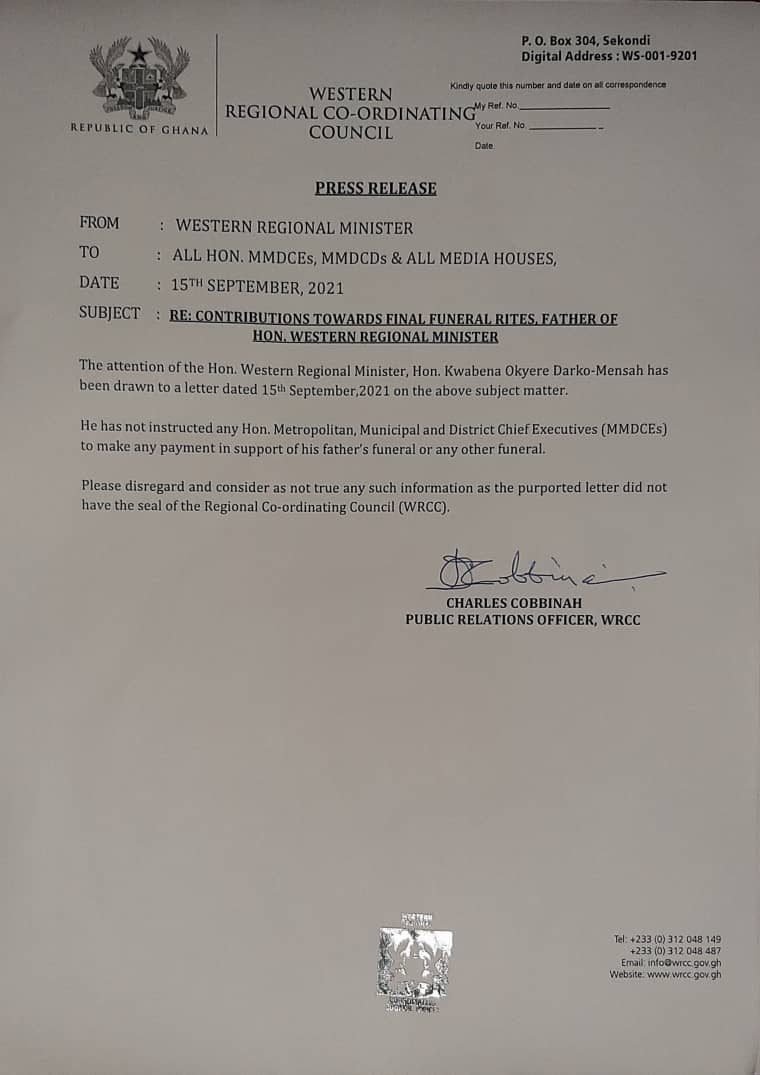 Shadow states are the biggest threat to democracy in Africa: fresh reports detail how