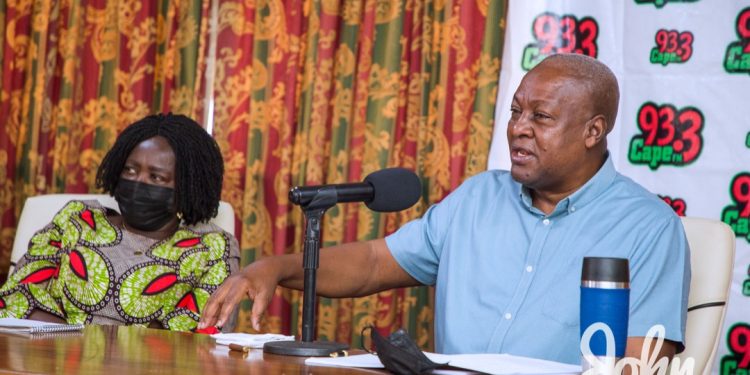 Former President John Dramani Mahama has once again kicked against plans by the government to re-introduce the Agyapa royalties deal.

He insists the deal is bad and inconsiderate because it will invariably mean “mortgaging the future of the youth”.

“They [Akufo-Addo government] are mortgaging Ghana for everything. They have sold everything for loans. Now they don’t have anything to sell anymore. It is our gold that is left, that is the Agyapa they want to do,” Mahama said in an interview on Cape 93.3FM.

“Because they see that they’ve sold the utensils, they’ve sold the chairs in the hall, the bed in the bedroom has been sold, now they are looking for the next item to sell. They have settled on the windows to sell. That is our gold, which they want to sell this time. They want to use that to go and collect over one billion dollars”, he lamented.

He said government has always received a 10% stake as gold royalties. He said the Akufo-Addo government intends on mortgaging the 10% stake for loans to spend today.

The 2020 presidential candidate of the opposition National Democratic Congress (NDC) said the Akufo-Addo government has benefited the most from Ghana’s resources and accrued the most revenue, but this has not reflected in the development of the country and on the living standards of the people.

“Even though the ESLA bond we brought was supposed to be for five (5) years, today, the last ESLA bond they did, they have extended it to between 20-30 years. It means you and I, our children and our grandchildren will continue paying the loan until beyond 2030. GETFund has been mortgaged for the next 15 years. This means all contributions we pay for GETFund will only go toward paying loans and not for anything else”, he explained.

Mr. Mahama, therefore, warned that “If we don’t halt this trend government appears set on, it will get to a point where we can no longer pay our debts.”

The Agyapa royalties deal earlier introduced by the Akufo-Addo government to help leverage Ghana’s gold royalties was suspended following widespread criticisms by stakeholders who insist it was not in the best interest of the country.

The woes of the deal were further compounded by a risk assessment conducted by the then Special Prosecutor, Martin Amidu.

DreamBridge partners BezoMoney to increase student’s accessibility to the internet 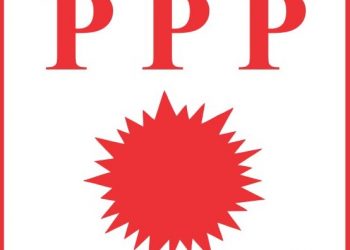 NPP's boycott of 1992 parliamentary elections was a 'mistake' - Hackman