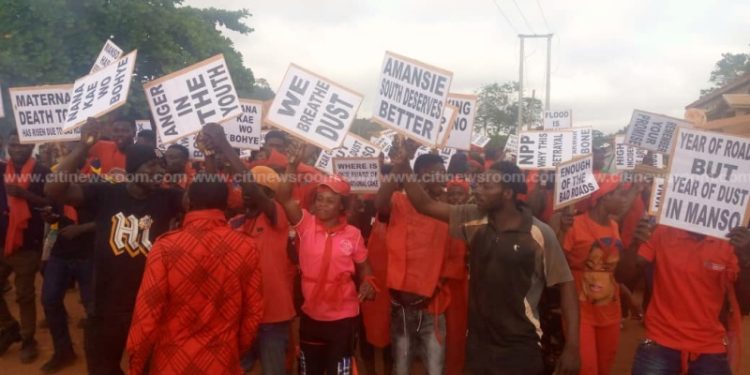 Residents of about 80 communities in the Amansie South District of the Ashanti Region have taken to the streets to protest bad roads in the area.

The residents say the road becomes dusty in the dry season, muddy in the rainy season, and its bumpy nature has often resulted in fatal accidents. 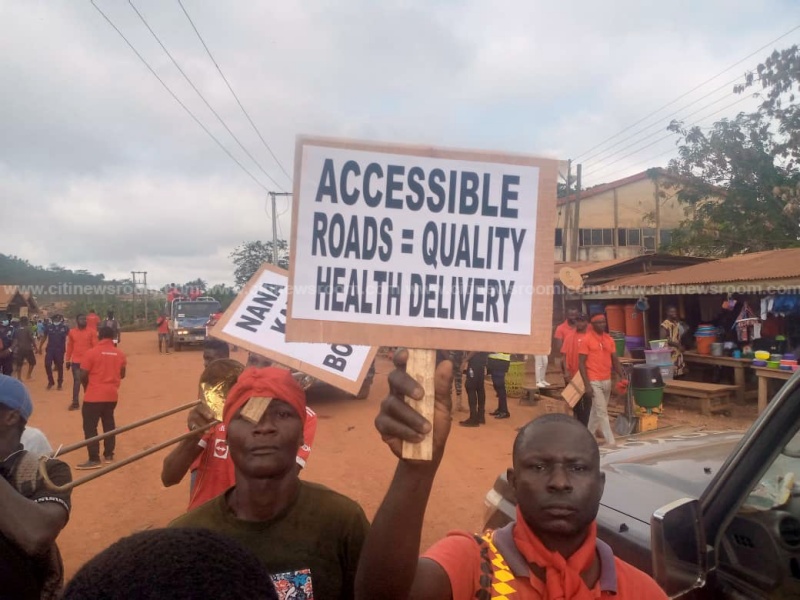 Robbery attacks which have often resulted in deaths are common in the Manso areas, and inhabitants have always blamed the poor road network for such attacks.

The residents say the poor road network has over the years impacted negatively on healthcare delivery and emergency service provision in the area. 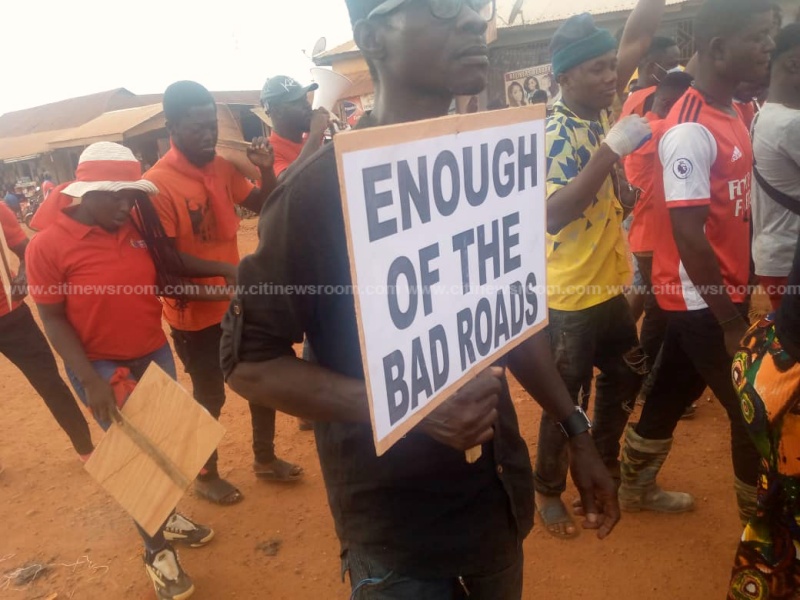 Commercial drivers have always lamented how the bad nature of the road affects their operations and causes damage to their vehicles.

Motorbikes are the preferred and commonest means of transport in the area because of the poor roads. 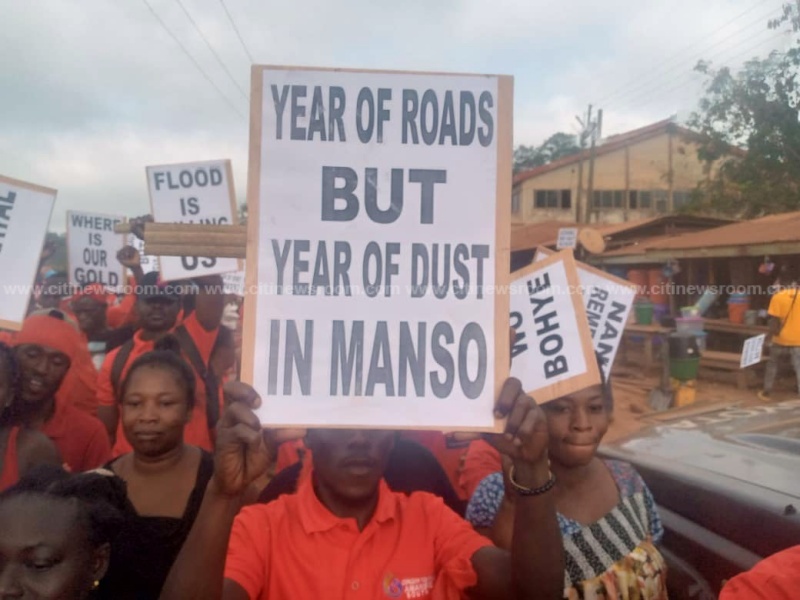 Despite the district’s contribution to the economy in terms of natural resources like gold and cocoa, inhabitants say successive governments have deprived the area of development.

These concerns have consistently been expressed by inhabitants, who have taken to the streets to get authorities to address them. 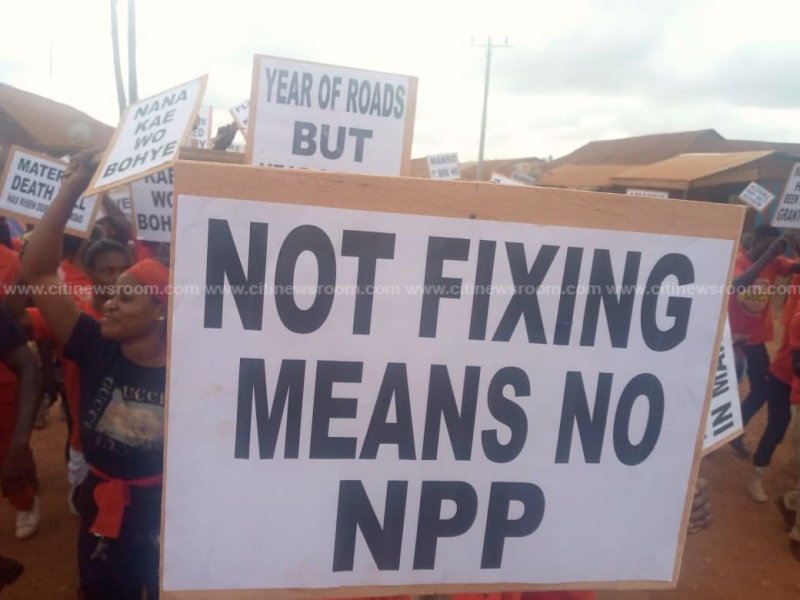 During the demonstration exercise on Wednesday, November 3, 2021, the protestors held placards with inscriptions such as: “year of roads but year of dust in Manso, enough of the bad roads, accessible roads = quality health delivery, not fixing roads means No NPP,” among others.

The protest, led by the Concerned Youth of Amansie South, also presented a petition to the Government through the District Chief Executive for the area. 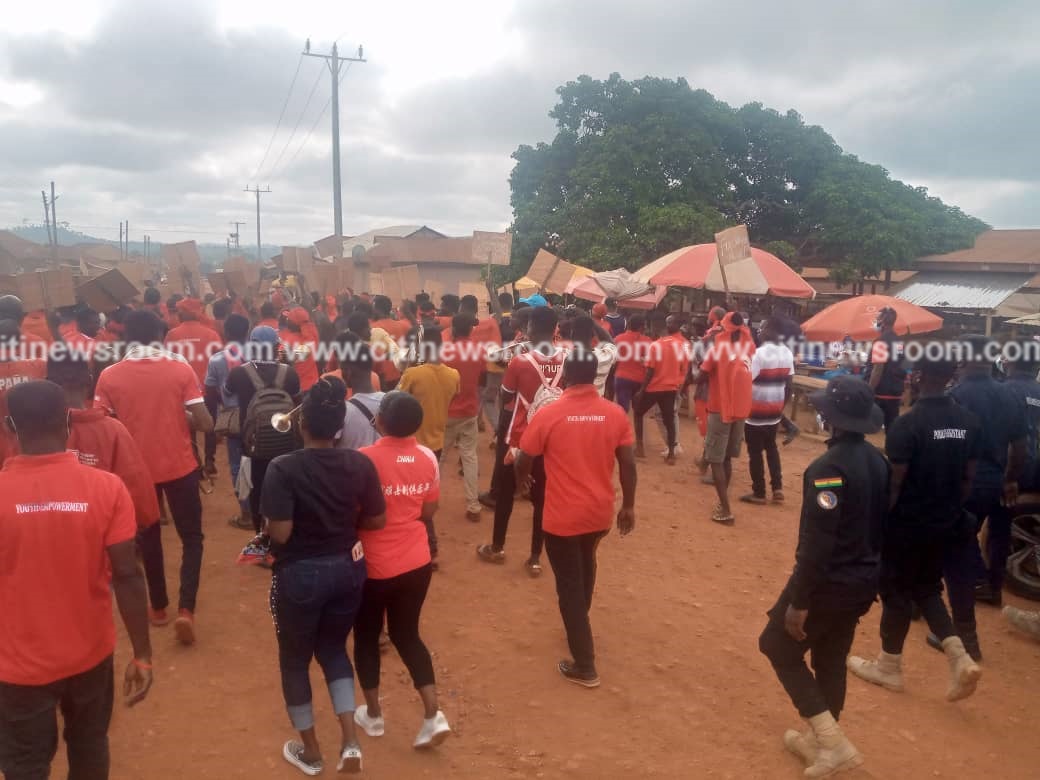 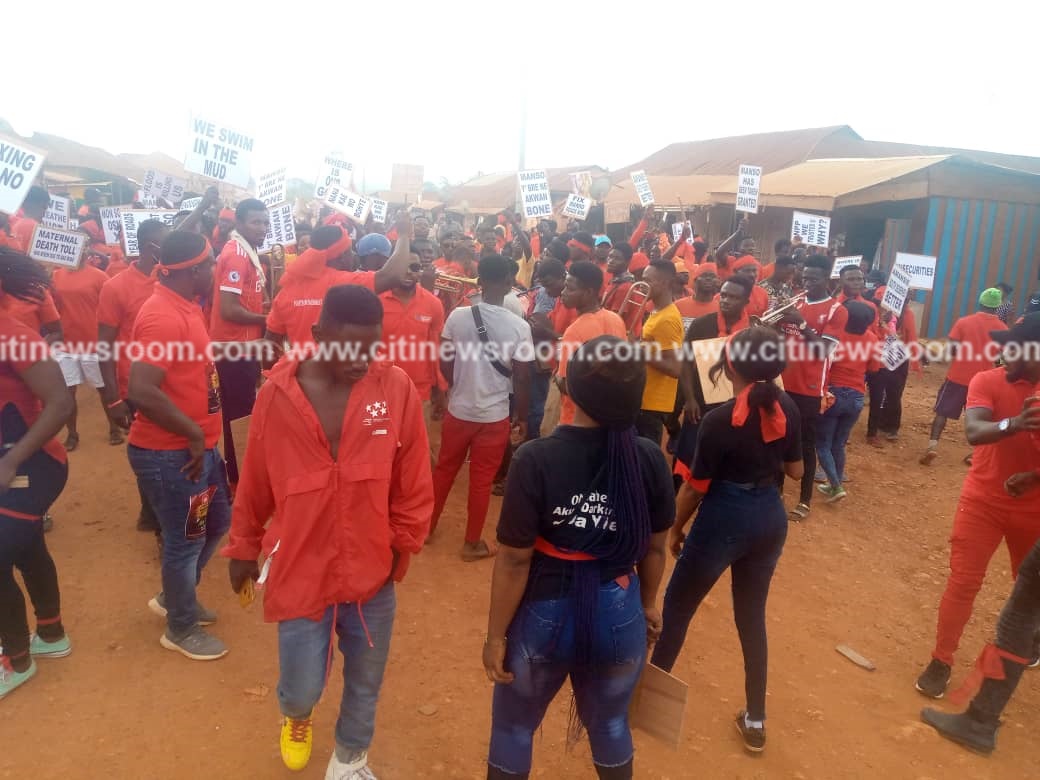 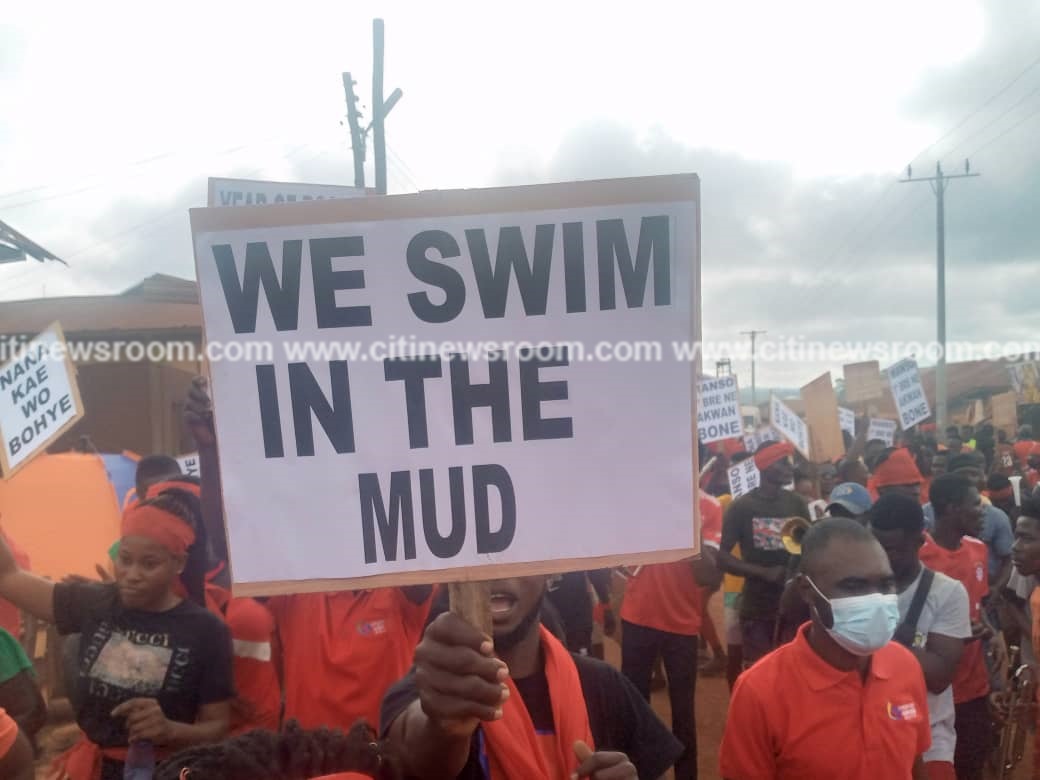 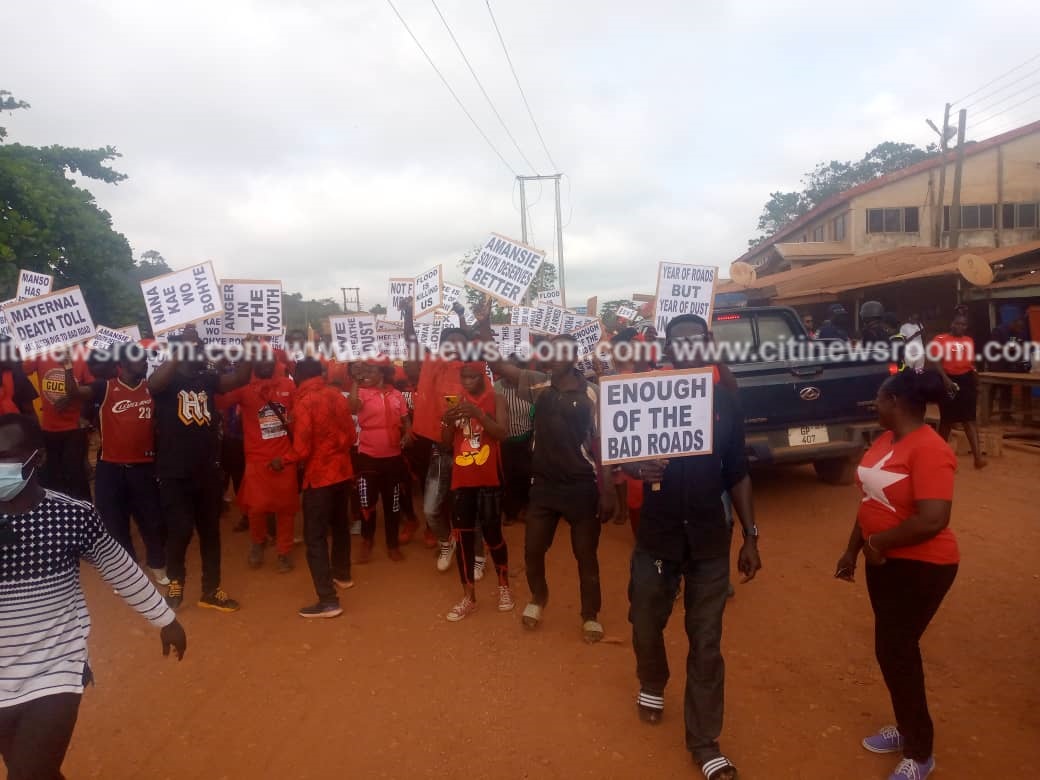 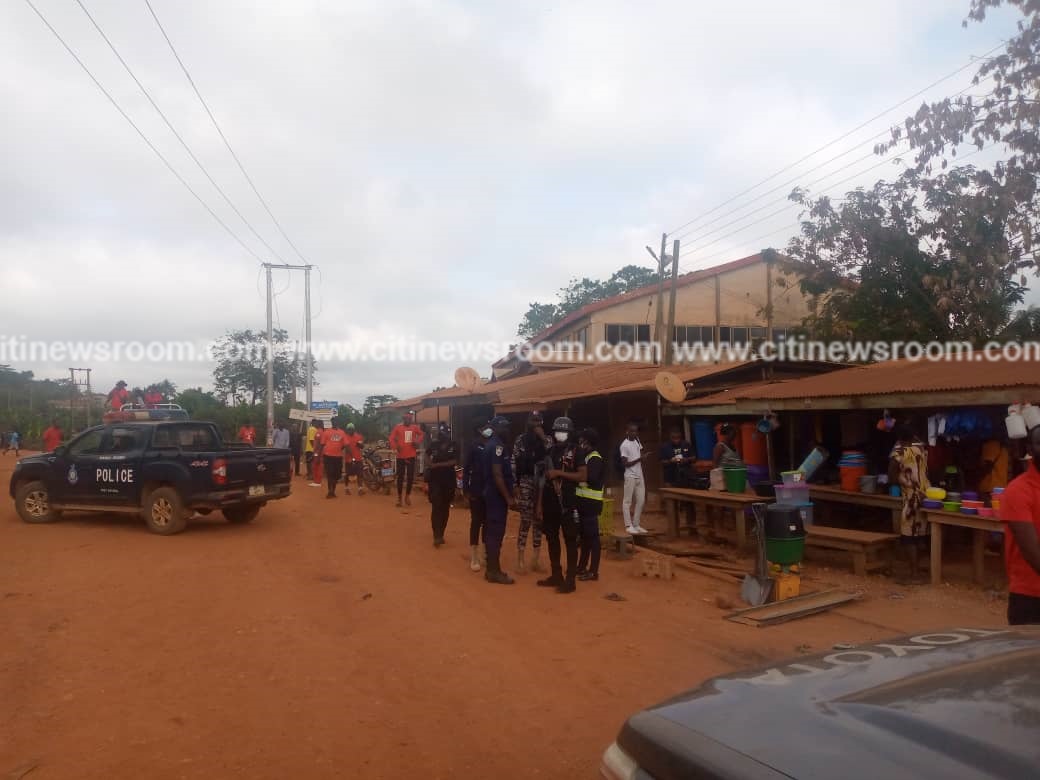 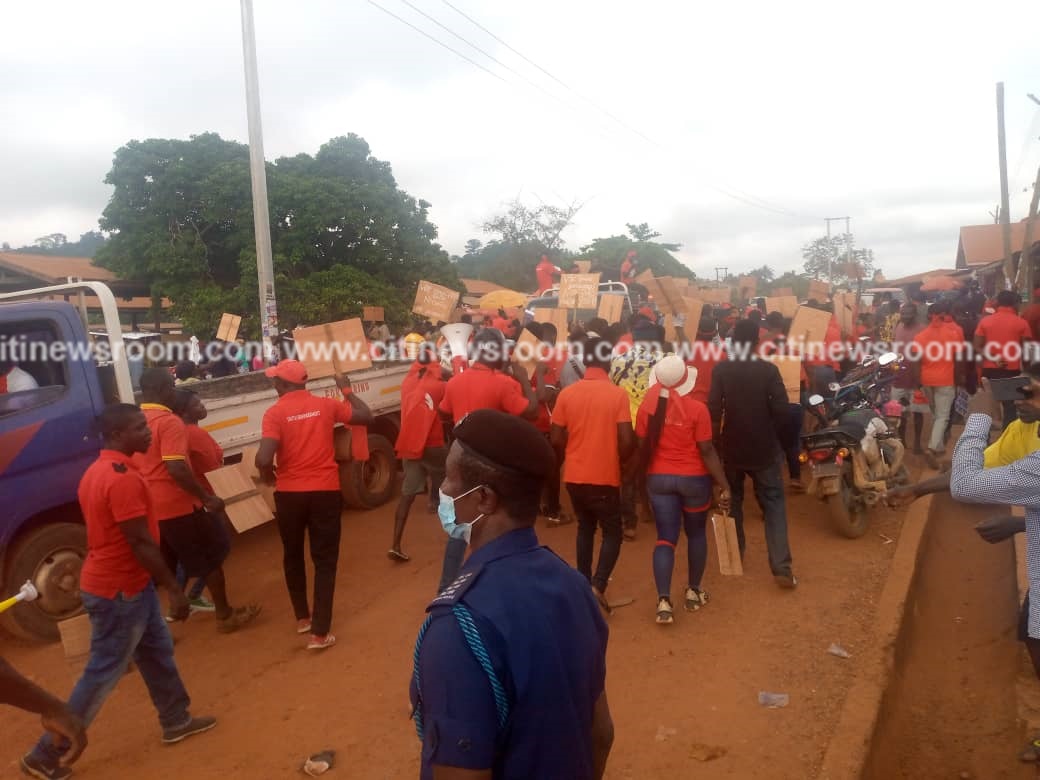