The Ghana Police Service says it has arrested six persons for their involvement in an illegal AK47 transaction.

The Police made this known in a press statement issued today, Monday, December 6, 2021, and signed by its Director-General, Public Affairs, ACP Kwesi Ofori.

“The police have arrested six suspects on Friday, December 3, 2021, for their involvement in an illegal AK 47 transaction.

“The first suspect, Alhassan Jamah, was arrested at new Osino by the National Operations Directorate Highway Patrol during a stop and search operation. An AK 47 rifle with twelve rounds of ammunition was found hidden in his traveling bag on board an Accra-Bawku Yutoun bus.”

The police added that intelligence-led operation led to the arrest of the other five.

The statement further added that “all suspects are in police custody assisting with investigations”.

Below is the full press statement from the police 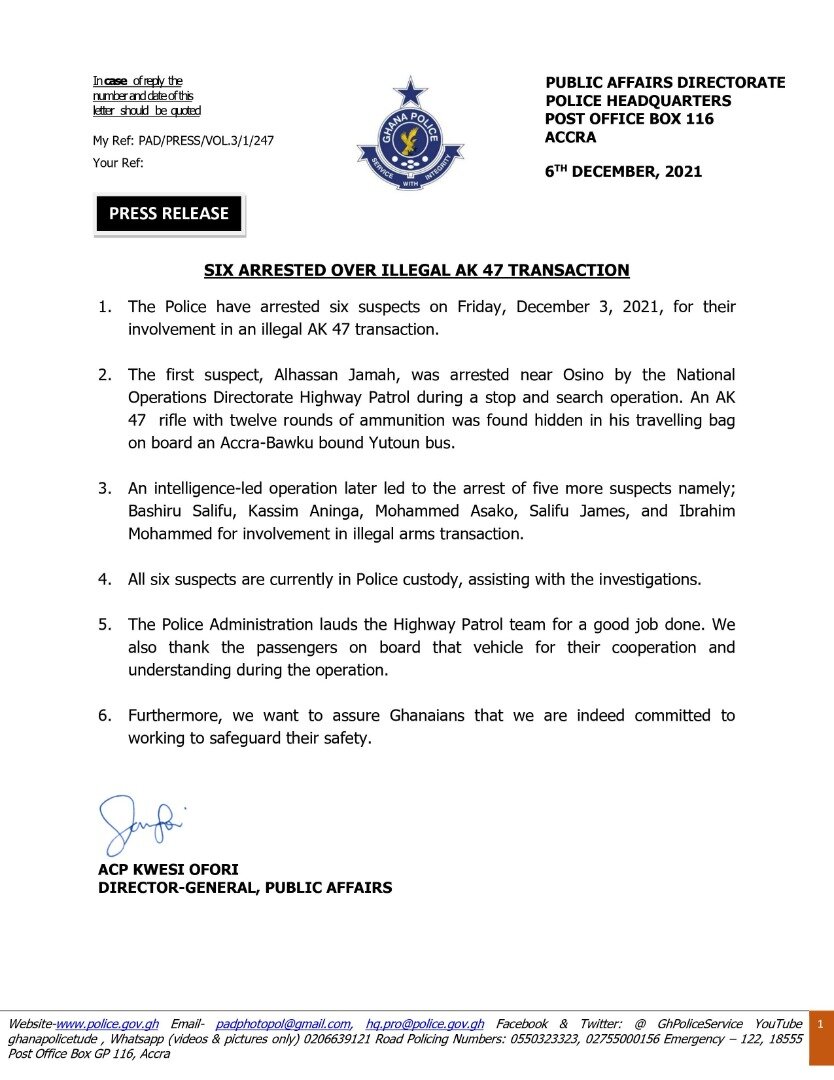 The Bono East Regional Police Command recently also arrested five persons alleged to be in the business of illegally manufacturing guns in Kintampo.

The arrest also followed an intelligence-led operation aimed at breaking into the criminal enterprise in the region.

A statement from the police said several implements used for manufacturing weapons have been retrieved from two “criminal enterprises.”

Manufacturing guns without appropriate licenses in Ghana is against the Arms and Ammunitions Act of 1972.

Joe Wise rejects Minority's claims of bias; says he tries to be fair when presiding