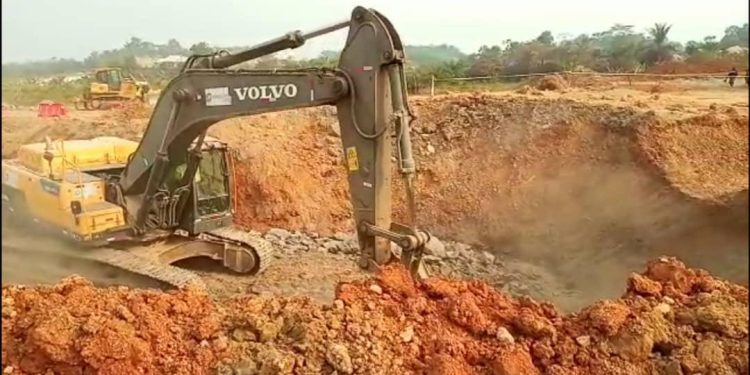 The Bogoso to Anyanfuri road which was damaged by an explosion three days ago, is currently under reconstruction.

The Earthworks foreman for Couto-Rango Consortium, Nicholas Acheampong, said contractors have started filling and compacting portions of the road which were badly damaged by the explosion.

“We are now doing the cut and fill at the place where the explosion happened. So between today and tomorrow we will finish the excavation. We have already started putting the boulders on it so maybe from today and tomorrow we can start our layers which will be done in one week time“, he said. 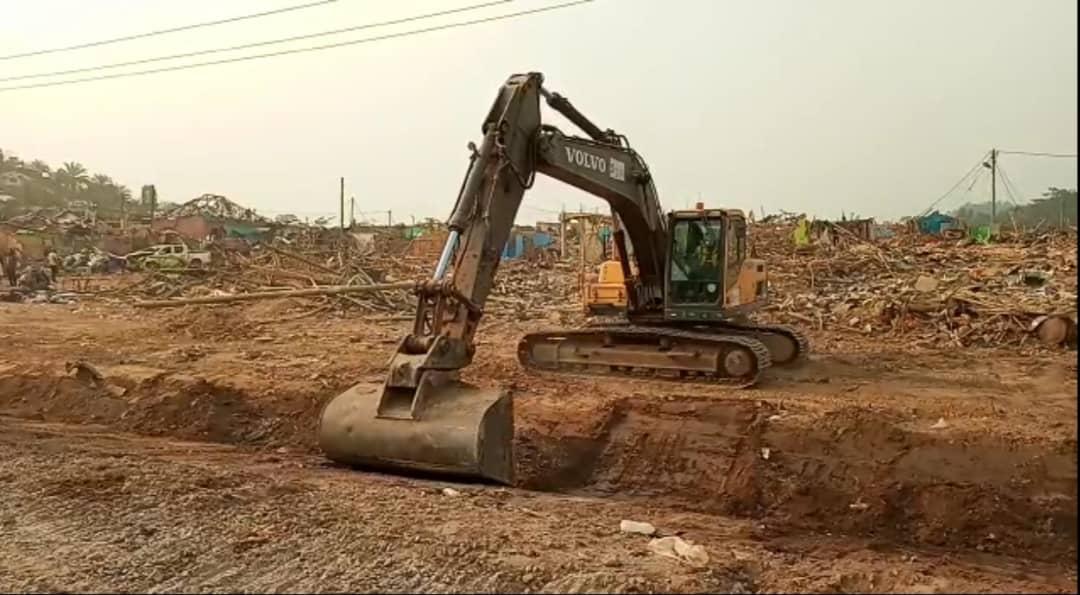 In the meantime, the emergency road created since the disaster is still serving motorists on the Bogoso-Anyanfuri highway while construction continues.

The town of Appiate has been left deserted following an explosion which occurred after a truck conveying mining explosives crashed with a motorcycle, according to reports. 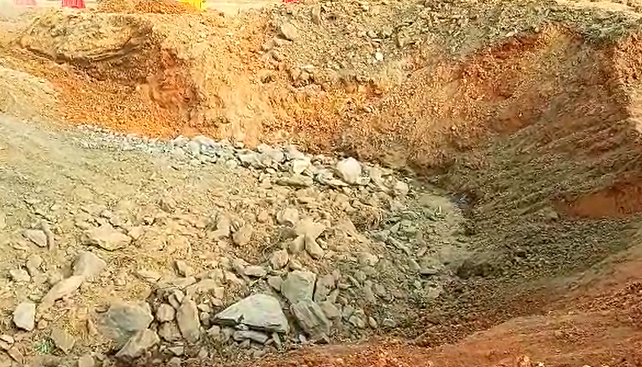 Vice President, Dr. Mahamudu Bawumia, who was in the town on Friday, assured that the government will do all it can to support the affected families, to ensure that normalcy is brought back to the town.

The Vice President, on behalf of the government visited the Bogoso Catholic Parish Relief Centre where over 300 of the displaced persons are being catered for and donated mattresses, bags of rice as well as GH¢200,000 for the upkeep of survivors.