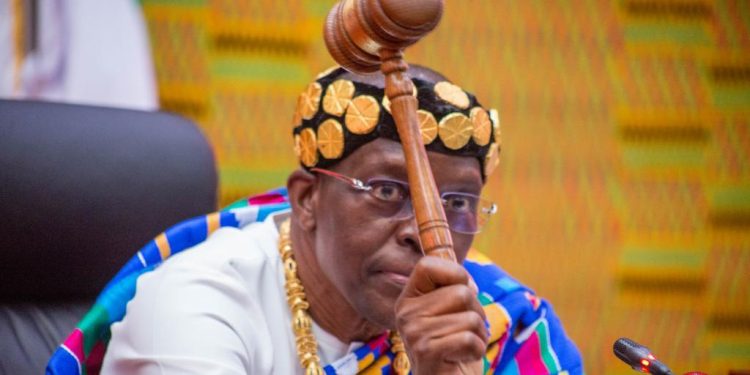 The Speaker of Parliament, Alban Bagbin, may have fulfilled his promise of limiting the wearing of suits and gowns during sittings in the House.

The Speaker ditched his ceremonial outfit for a traditional attire for sittings in the House on Tuesday, January 25, 2022.

He was clad in a kente cloth over a white lace shirt and a crown as he presided over today’s sitting.

Some weeks ago, Mr Bagbin indicated that he would only be using the Speaker’s cloak for ceremonial occasions this year, as part of efforts to change the dress code of members of the House.

Below are some reactions from social media

Speaker of Parliament, Rt. Hon. Alban Bagbin goes traditional.
This is the first time a speaker under the 4th Republic is conducting official business in the chamber with a traditional outfit other than the usual gown pic.twitter.com/hJpFy7aV6g

True to his words not to wear the ceremonial robe again, this is how Speaker Alban Bagbin showed up in parliament today. pic.twitter.com/ajg3iaFFlk