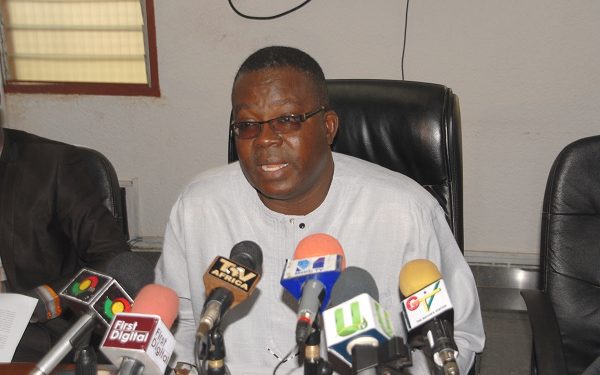 The National Association of Graduate Teachers (NAGRAT) says it is looking forward to meeting the Ghana Education Service (GES)  for fuller details of the new academic calendar following the reinstated trimester system for basic schools.

The Ministry of Education reversed its decision on the proposed semester-based calendar at the Kindergarten to Junior High levels.

But after public backlash and opposition fronted by teacher unions, the Ministry backed down.

While commending the development, President of NAGRAT, Angel Carbonu stated that, the meeting is crucial in determining the fine details.

“There should be a meeting between the union leaders and management of the Ghana Education Service so that we can work on the details of the trimester system. I am talking about the number of weeks that the children will have to be in school and the number of weeks the teachers and students will have vacation. This is an exercise in which the teacher unions and GES have to engage in, and we are looking forward that in the coming weeks, we will sit own and come up with appropriate details”, he told the media.

The directive for basic schools, including Kindergarten, and Junior High Schools, to change the trimester-based calendar to a semester-based one last week, was received with controversy, with many teacher unions kicking against it.

Many of them were not enthused that the government had not engaged them on such a major switch, although the government insisted that it had held extensive consultations with them.

Some of the education workers vowed to resist the directive and called for its withdrawal.

After hesitating initially, the government has now decided to reverse that decision.

The Ministry of Education in the statement indicated that the decision was taken after engagements with various education stakeholders and the conclusion was to reinstate the trimester system.

It however wants GES as an education management body to channel its energies towards addressing challenges in the sector rather than introducing policies such as the semester system.

Executive Director of the think tank, Kofi Asare described the decision as good but hurriedly indicated that there is no need for a change in the status quo following the lack of consultation.

“The decision to revert to the trimester system is a good one. There was no need to move to a semester system because there was no flaw in the trimester system which was not surmountable. So, going back to where it came from, obviously, is the best thing to do. I believe that the lesson from this in developing this policy will have to be building consensus among the parties involved”.