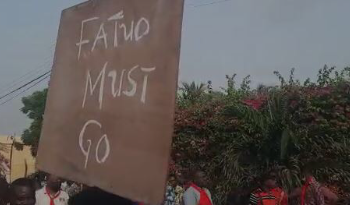 The Industrial and Commercial Workers Union says it will engage its members at Textiles Ghana Limited to allow their Managing Director (MD) to return to office after she was locked out of her office.

The workers have been agitating for the removal of the company’s MD from office in the past weeks, and have since prevented her from entering the premises of the company on two occasions.

According to the ICU, they have received correspondence from the owner of the company assuring them of investigating the matters raised.

Speaking to Citi News, the Deputy General Secretary of the Industrial and Commercial Workers Union, Samuel Ananga, said the Managing Director of the company must be allowed to work while investigations take place.

“Management says it has received our letter and is moving to address our concerns. The Labour Commission called us for a meeting, but we responded explaining that we could not make it as we are in the Northern Region. They then asked that the woman should go back to the worksite in the meantime. That was how come she went back to the site.”

“The workers however insisted they had no idea of any agreement and chased her out. This is no issue. We will talk to our members when we return to allow her to return to the site while investigations are ongoing.”