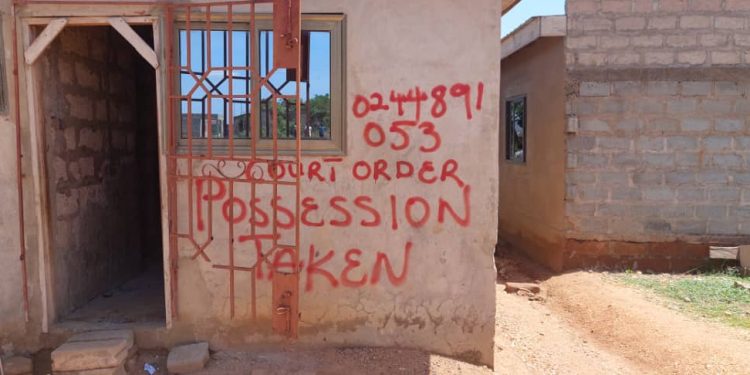 The Consultant for the judgment creditors in the Santeo land acquisition court order, Fred Brown, is asking residents occupying the 107 acres of land to obey the court order and vacate the land immediately.

According to him, all affected residents have been served with the court order and must comply with the directive.

This follows an eviction exercise that took place on Wednesday, April 20, by a team of men from the SWAT division of the Ghana Police Service at Santeo in the Kpone-Katamanso Municipality, based on a court order.

In a Citi News interview, Mr. Brown noted that all persons obstructing the court order must desist from such acts.

“When it comes to these matters, it is the Republic. I do not think that any individual is bigger than Ghana or the laws of Ghana. We all fall directly under the laws of Ghana, and we need to respect the laws. We are advising ourselves; we will take the necessary steps to put people before the court for obstruction of justice or obstruction of the court processes”, he cautioned.

About 40 houses at Santeo were locked and residents ejected during the exercise earlier this week.

The incident left many stranded, including military personnel who own properties in the area.

A man, whose name has been given as Mr. Otsere, has laid claim to about 30 acres of land at Santeo in the Kpone Katamanto Municipality with a court order, which affected landowners believe is dubious because they have not been served.

The Assembly Member for Santeo, Samuel Abbrey, said the private individual claims the chief sold the land to him.

“We contacted the Chief, who also denied having sold the land of him,” he added.

“I received a call from one of my committee members this [Wednesday] morning. He told me he bumped into a team of men purported to be from the SWAT division of the Ghana Police Service. I rushed to the scene and saw these men ejecting residents from their homes. About 40 houses were affected.”