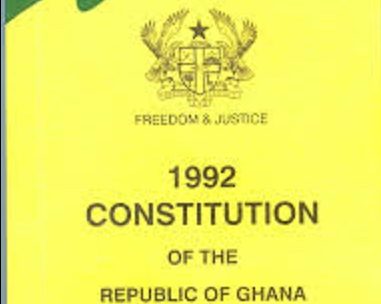 Private legal practitioner, Clara Kasser-Tee, has expressed concern about the failure of successive governments to ensure that the economic rights of the citizenry as enshrined in the 1992 constitution are upheld.

She says, although political inclusion has been achieved, more needs to be done to attain inclusion economically.

Contributing to discussions during the 2022 Annual Constitution Week lecture and panel discussions organized by the National Commission for Civic Education (NCCE), the law lecturer pointed out that: “What we haven’t achieved is economic inclusion. We have not been able to secure for ourselves the economic prosperity we hoped that the country and constitution will guarantee for us.”

The lecture was under the theme, ‘Three decades of uninterrupted constitutional rule.’

Article 6 (36) of the 1992 sets out the economic objectives of the country. Amongst them is that “the State shall take all necessary action to ensure that the national economy is managed in such a manner as to maximize the rate of economic development and to secure the maximum welfare, freedom, and happiness of every person in Ghana and to provide adequate means of livelihood and suitable employment and public assistance to the needy.”

But Clara Kasser Tee argues that political objectives have been the priority of governments which is evident even in the remotest part of the country.

The situation she says needs serious tackling to cushion Ghanaians.

“This constitution hasn’t fared too badly. There are a lot of improvements that have to be made.  It is the first constitution that we have, and it has served us for 30 years. That in itself is something. It’s guaranteed our democracy. We have attained political inclusion under the constitution which is key for democracy and the two major political parties deserve some credit.”