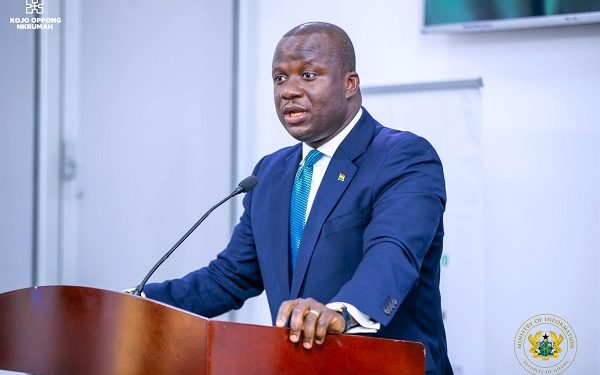 Lands and Natural Resources Minister, Samuel Abu Jinapor, has requested information on all transactions relating to the Achimota Forest.

The Minister wants details on the 1,185 acres of land acquired by the State in 1927 which constitutes a forest reserve in 1930 under the name, Achimota Firewood Plantation Forest.

This was contained in a statement by the Ministry released today, Thursday, May 26, 2022.

Samuel Abu Jinapor’s request follows his resolve to deal with the improper acquisition of public lands, including the Achimota Forest Lands.

The Minister has thus directed the Forestry Commission to present all leases granted over the said land in one week.

In addition, the Lands Commission has also been tasked to provide information on all transactions affecting the land including de-gazetting, leases, subleased, assignments, and other transfers or disposition of any part of the lands in question.

Also, the Nii Owoo Royal Family which is at the center of the de-classification of the Achimota Forest land has also been ordered to submit all subleases and assignments granted by the Family to any other person.

All three parties are to present the names and addresses of all beneficiary owners of any part of the land acquired in 1927 for the Minister to take the appropriate actions on the Achimota Forest.

“The Ministry of Lands and Natural Resources will continue to deal with this matter, and all other matters affecting the lands and natural resources of our country, transparently, with the highness standards of integrity and with utmost good faith”, the statement concluded. 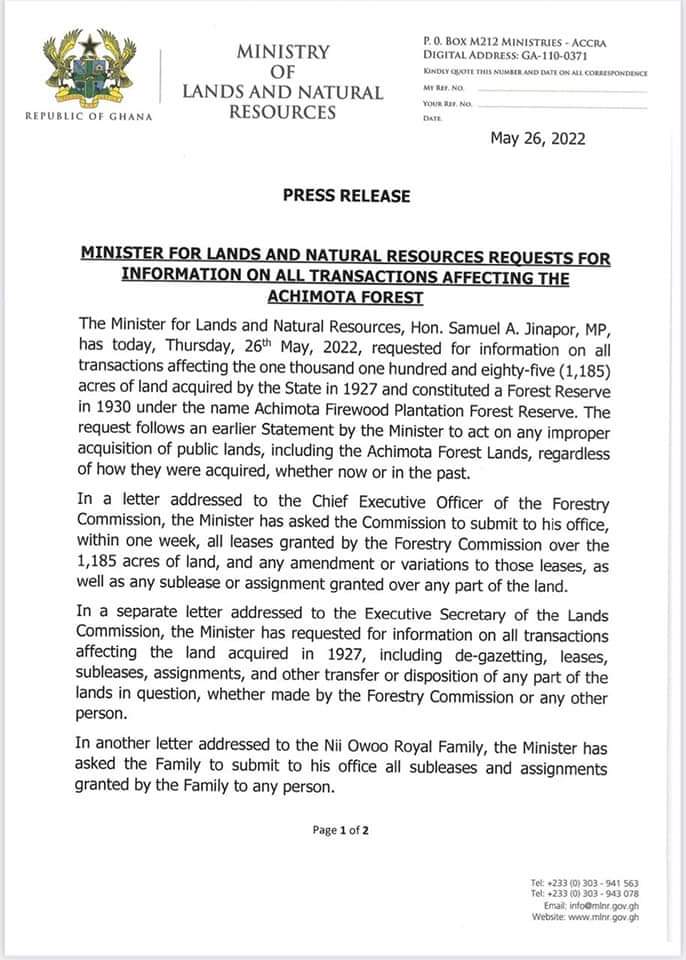 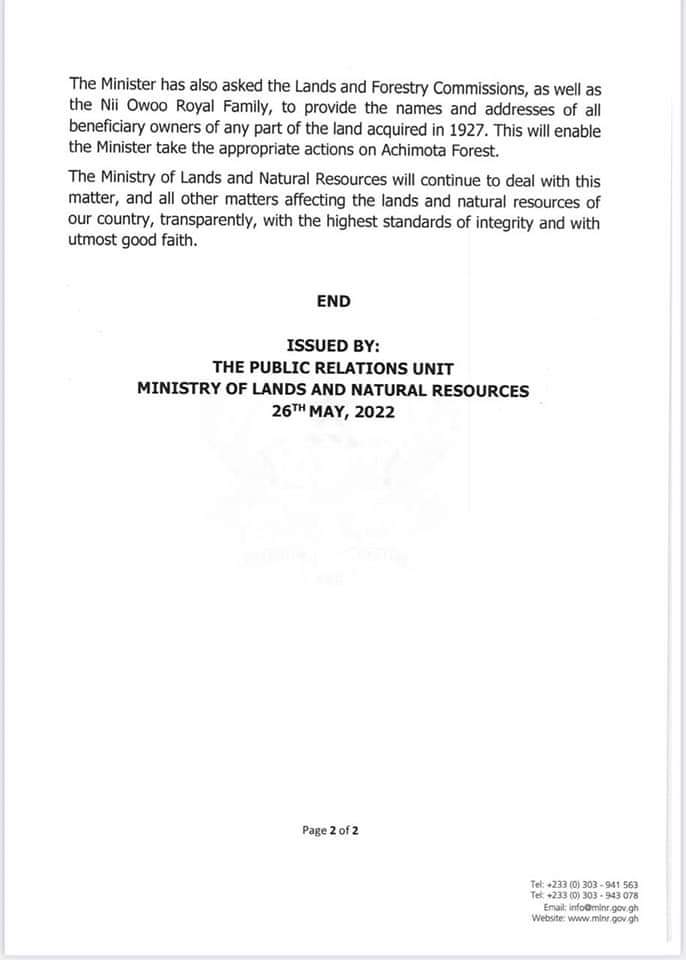 The news of the degazetting of portions of the Achimota Forest Reserve through the Executive Instrument 144, which took effect on 1st May, 2022, has generated a lot of controversy in the Ghanaian media with varied comments being expressed about the propriety of the action amidst the country’s state commitments to environmental protection.

Although the government says the degazetted portion, about 361 acres is being ceded to the custodial owners of the forest land, the Owoo family, environmentalists insist that the government ought to protect and preserve it due to its importance.

Days after that, the Achimota forest is back in the news after a purported will of former Forestry Commission head, Kwadwo Owusu Afriyie, also known as Sir John became public.

In the purported will, Sir John willed acres of lands he owned in his name and others he owned in the name of his companies in the Achimota forest to some relatives.

He also willed acres of land at the Sakumono Ramsar site to relatives.

Many have spoken against the development and accused the late Sir John of taking advantage of his office to amass for himself lands that ought to be protected for the state.

The Lands Commission has already said that it has no records to show that Sir John owns lands in the Achimota Forest, but the Ministry for Lands and Natural Resources has said while the purported will is a subject of litigation in court, it is revoking any authority of the said Achimota forest and Sakumono Ramsar site lands to any private individual.

'I'll return to serve my people, I'm taking care of my son in US' - Adwoa Safo