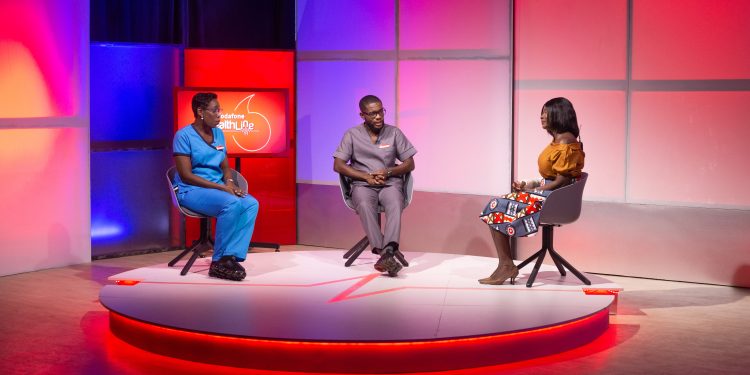 Cardiologist and Senior Physician Specialist, Dr Aba Folson, has explained that not all heart attacks come with classic signs such as severe chest pain.

She noted that some patients who experience heart attacks may not recognise it until after a physical examination by a health practitioner.

According to her, even though silent heart attacks may not show common symptoms, they are no less dangerous.

Speaking on the 13th episode of season 10 of the Vodafone Healthline show, Dr Aba Folson advised that the best way to detect a silent heart attack is to be on the lookout for certain atypical symptoms, which you can then share with a doctor for further examination.

As she told the host, Frema Asiedu, “Indeed, there are patients who get heart attacks and don’t feel any chest pain or any of the typical symptoms. In that case, there are atypical ways by which the myocardial infarction, also known as heart attack, presents itself. Some symptoms such as nausea and sweating may be present. There may be other symptoms that could be evidence of heart damage. When one is unaware of the condition, the muscle dies and stops working and eventually, the signs of heart failure set in. When the heart does not pump blood as well as it is supposed to, there is a retention of fluids in one’s chest, and under the feet, and that is one atypical sign of a heart attack.”

The doctor added that other signs one can look out for include shortness of breath, and unexplained fatigue, among others.

Meanwhile, Dr Folson has cautioned that, classic symptoms or not, the best thing is to contact your doctor as quickly as possible when one experiences persistent traditional symptoms of heart attack or the atypical symptoms.

Heart attack, also known as Myocardial Infarction, is a condition that occurs when a blood clot forms within the coronary vessels and blocks blood flow into the heart. Without the blood flow, the tissue loses oxygen and dies.

Notable symptoms of a heart attack include pain in the chest, neck, back or arms, as well as fatigue, lightheadedness, and abnormal heartbeat.

The episodes were jam-packed with transformational surgeries that were timely in saving lives; general health education, and health experts who gave advice that helps Ghanaians make informed choices and live fulfilling and healthy lives.