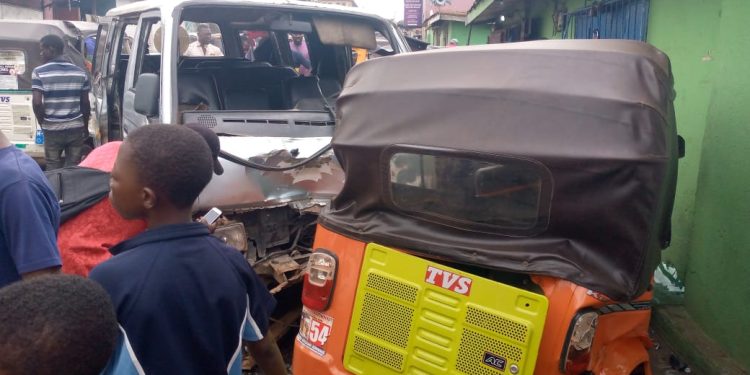 About eight persons sustained injuries in the early hours of Friday after a vehicle collided with two auto-rickshaws (tricycles) at Aboabo in the Asokore Mampong Municipality of the Ashanti Region.

The driver of the Urvan vehicle told police officers deployed to manage traffic at the accident scene that he ran into the tricycles from the opposite direction after he lost control.

Passengers including the operators of the auto-rickshaws and the driver sustained injuries and were rushed to the Manhyia Government Hospital and other health facilities.

Citi News checks at some of the hospitals revealed most of the victims have been treated and discharged, while some are still receiving treatment.

Police have since towed the affected vehicles from the accident scene.