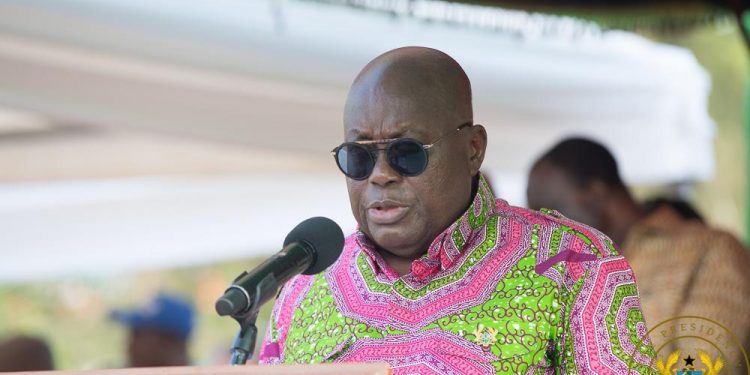 President Nana Addo Dankwa Akufo-Addo has urged the Regent of Bimbilla in the Northern Region, Nyelinbolgu Dassana Andani Yakubu, to lead the way in bringing lasting peace to the traditional area.

Bimbilla has suffered chieftaincy dispute that led to the loss of several lives and properties.

During his tour of the area, the president noted that though the Supreme Court has brought finality to some Bimbilla chieftaincy issues, outstanding issues should be handled peacefully.

“The Supreme Court has made it clear what the correct position about the status of yourself and the various gates are. Now, there is no longer any dispute who is the rightful regent of Bimbilla and what the succession plan is. What we now have to do is that people of Bimbilla should come together and reconcile. I am appealing to you to lead the way in the peace of Bimbilla”, Nana Addo said.

The decision over the legitimate chief of Bimbilla has been in dispute for many years.

The issue was put before the National House of Chiefs for arbitration.

The verdict of the chiefs was subsequently affirmed by the Supreme Court in 2018, declaring Naa Andani II as the legitimate chief of the area, but this ruling has since hit a snag.

This subsequently led to the appointment of Awoamefia of Anlo State, Togbe Sri III to lead the mediation process to help resolve the long-standing chieftaincy conflict in Nanum.