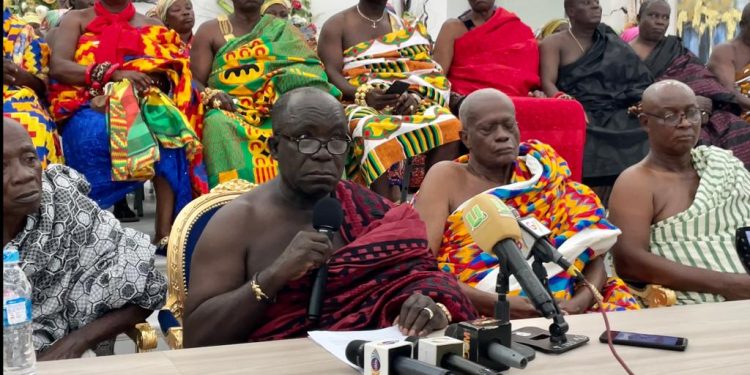 Calls for her to resign follow the Office of the Special Prosecutor’s investigation into the issuance of customs advance rulings to Labianca Company Limited. 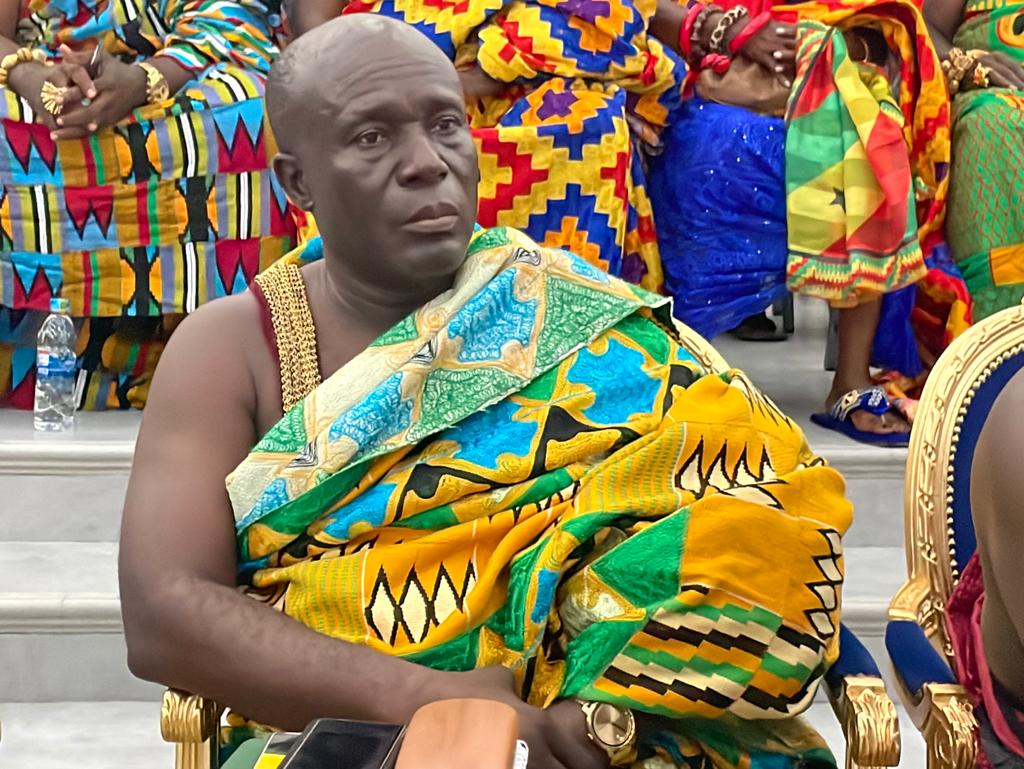 At a press conference on Tuesday, at Ampain in the Ellembelle District, Awualae Angama Tuagyan who is the immediate past President of the Nzema Traditional Council said such calls for their representative to resign are out of malice and jealousy as she did no wrong but only took advantage of the customs advance ruling which all persons are entitled to.

Speaking on behalf of the Chiefs at Nzemamable, Awualae Angama Tuagyan said: “We are concerned about the misguided attempt to introduce a conflict of interest tag based on the re-election of Ms. Asomah-Hinneh, Chief Executive Officer of Labianca Limited as the Western Regional representative on the Council of State. Even more bizarre is the attempt to assume that her role on the Board of the GPHA means an ability to control and influence decision-making processes at the Ghana Revenue Authority.” 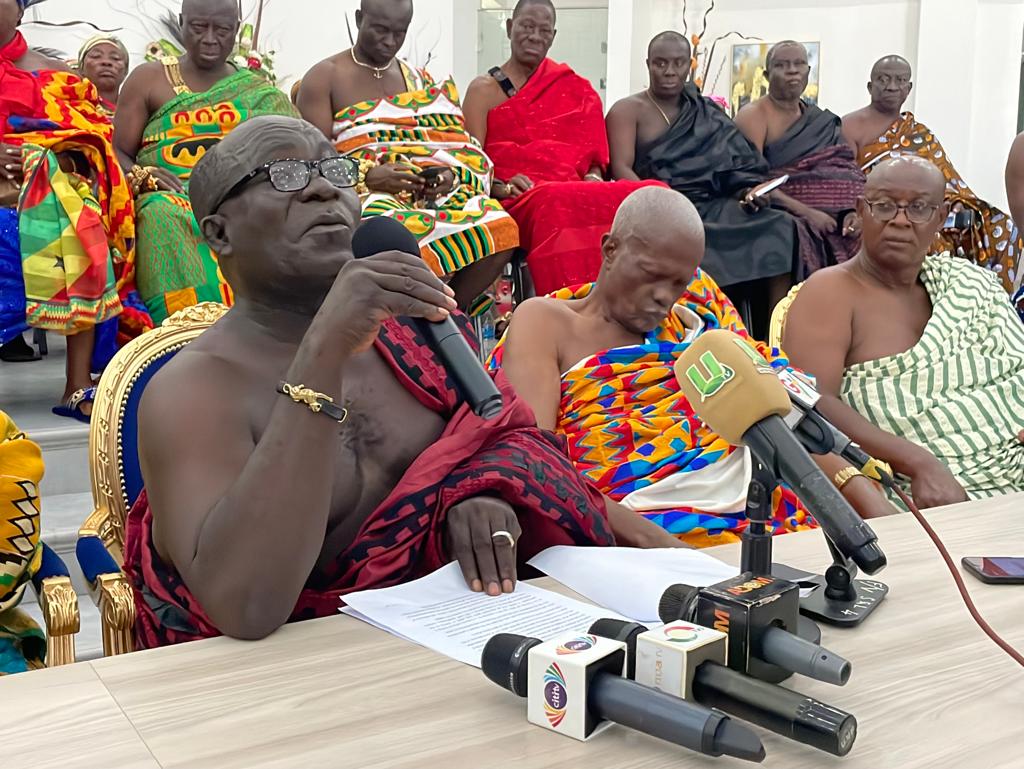 “We note after reading the OSP report that the office provided no evidence pointing to influence peddling, which is the use of position or political influence on someone’s behalf in exchange for money or favours. The OSP failed to establish any evidence of the same except to draw a bizarre linkage based on her remote position.”

“Such an office must be guided by facts and truth. Evidence must be at the centre of its deeds and not feed the public with innuendoes and ambiguities. The OSPs assumption is based on an uninformed view of the Independence of the two professionally run institutions as established by law, and it further takes away from the opportunity available to all businesses to engage same separately“, he said.

He added that the Labianca CEO only acted according to the law.

“It must be stated that after paying close attention to the business for all these years, we can state from our reading of the year-end financials that our daughter’s company Labianca Company Limited has been a tax compliant company since its inception.“

Awualae Angama Tuagyan further said attempts to damage the reputation of the Council of State Member would only destroy the businesses she has built which have created jobs for many and sustaining livelihoods in the Nzemland. 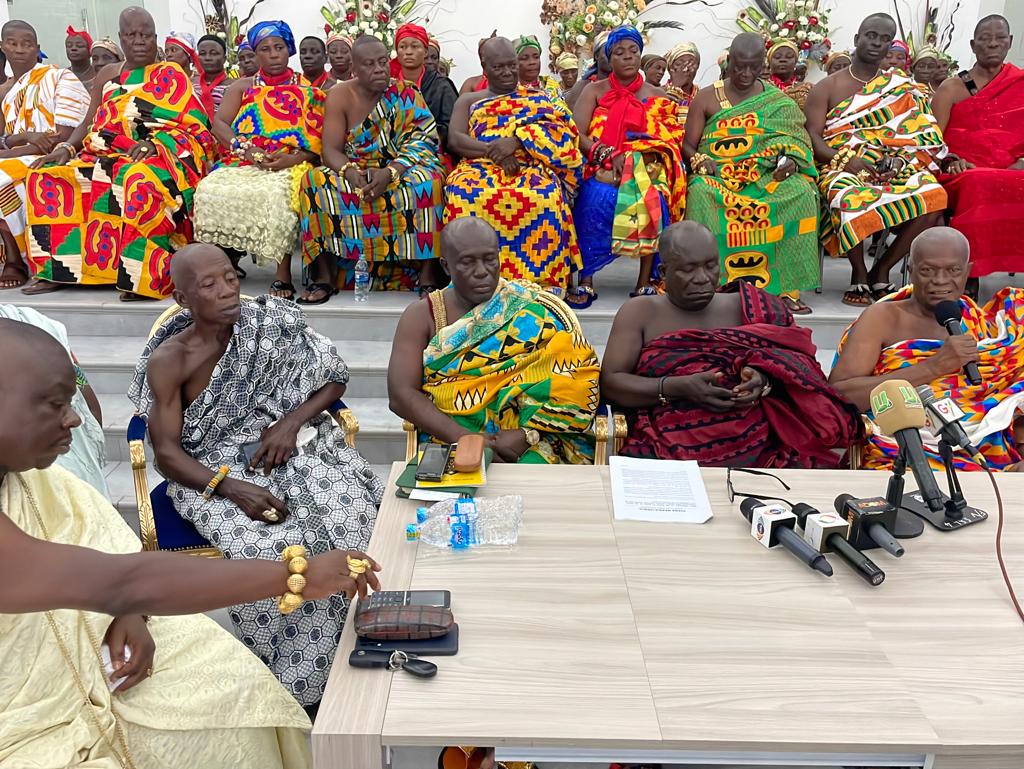 “We have always observed and followed the works of Labianca Company Limited over the years, first, as a business owned by a native of the Western Region and a female entrepreneur. Second as a business that continues to play a key role in the transformation of our communities, and third as a business that always works within the Statutes, Rules, Processes, and Conventions as laid down for the shipping industry.”

The Nzemamanle also promised to take further action in case the Council of State Member is made to resign.