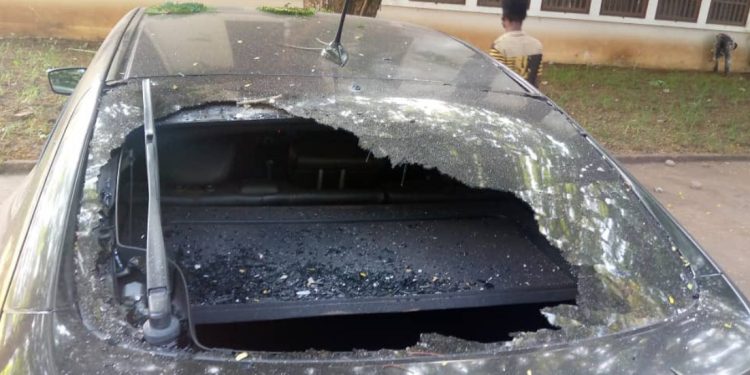 The Students Representative Council (SRC) of the University of Ghana says it is working with the relevant bodies to ensure that students involved in the violence on campus are dealt with.

The disturbance caused by residents of the Commonwealth and Mensah Sarbah halls resulted in the destruction of property.

One person has since been arrested.

In an interview with Citi News, the SRC President of the University, Prince Asumadu said no student found culpable would be spared.

“It is about time we stopped these disturbances. The SRC has condemned the clash and this time around, it was an eye-sore because we saw things we didn’t have to see. It’s pathetic but we want to assure the university community that, those found culpable will not go scot-free.”

The clash ensued after an alleged attack on students of Mensah Sarbah hall, who were on a procession, by students believed to be from Commonwealth hall.

The violence resulted in the destruction of property, including the stealing of the bust of Mensah Sarbah.

Relaying news of the arrest, the Member of Parliament for Ayawaso West Wuogon, Lydia Seyram Alhassan, revealed that efforts are being made to ensure peace.

“I commend them [police] highly. From what I see around, they are all over patrolling,” the MP said.

“A gentleman was picked up, and they are still working on him,” she added.

The MP assured that a search for the bust was underway.

“Together we are all working to ensure that we find it. I would do my part. Security agencies are also doing their part, so together we would work and ensure that it is brought back here,” she said.