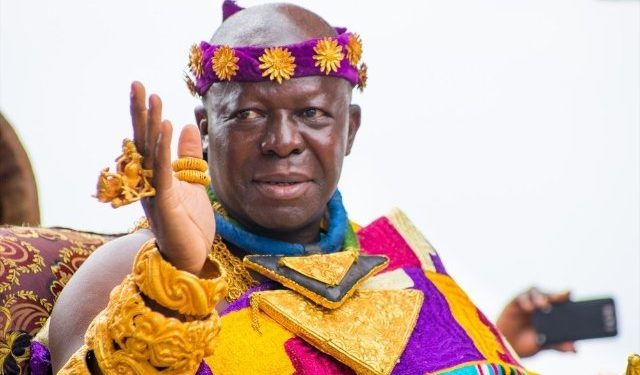 The Asantehene, Otumfuo Osei Tutu II, says he has initiated steps to help resolve the prolonged conflict in Bawku in the Upper East Region.

The Asantehene says Bawku, as a border town, could become an entry point for extremists from Burkina Faso, which has become unstable in recent times.

Otumfuo Osei Tutu II, who spoke during a visit by the US Ambassador to Ghana at the Manhyia Palace, says there are engagements with the National Security Minister and traditional authorities in the North to help resolve the conflict.

“I have had meetings with the National Security Minister to see how best I can be of help. I will speak to the Paramount Chief of the Mamprugu people and the Bawku Na ba to find a way to resolve this. I feel that what is happening in Burkina Faso is porous, and if we are not careful, the porosity of the border will come back to Ghana. We do not have the ability to check what is happening. That is why I’m asking the National Security Minister to give proper intelligence training to control the borders with all the terrorist attacks threats.”

President Nana Akufo-Addo has appealed to the Overlord of the Mamprugu traditional area, and President of the North East Regional House of Chiefs, Naa Bohagu Mahami Sheriga to help restore lasting peace in Bawku.

He said the persistent violence and killings in the Bawku traditional area are unacceptable and must end.

The President was speaking in Nalerigu as part of his tour of the North East Region.

“Mahama was very instrumental among the three eminent chiefs in bringing us to have peace in Dagbon and I know he is also going to be instrumental in making sure that we get peace in Bawku”.

Recent tensions in Bawku have led to several persons being wounded, with some losing their lives.

The recent tensions can be traced to December 27, 2021, when there was gunfire in parts of the town after attempts to perform the final funeral rites of a Chief who died about 41 years ago.

Though calm has been restored in Bawku, various stakeholders are appealing to factions in the conflicts to resort to non-violent ways of resolving their differences.

President Nana Addo Dankwa Akufo-Addo has also urged the feuding factions in the Bawku chieftaincy dispute to ceasefire and dialogue.