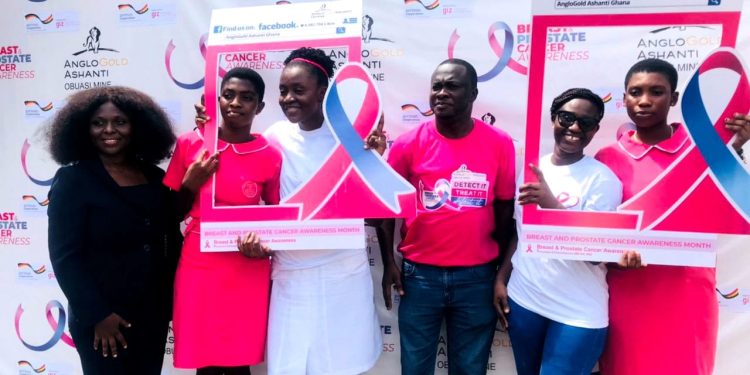 There has been a surge in reported cases of breast and prostate cancer in Obuasi and its surrounding areas.

According to Dr. Kwadwo Anim, the Executive Director of AGA Health Foundation, the most widely cited reason for the increase in these cases is “westernization”.

Speaking at a Grand Durbar and mini-clinic organised by AngloGold Ashanti to mark this year’s breast and prostate cancer awareness month at Akrokerri in the Adansi North District of the Ashanti Region, Dr Anim said lifestyles like smoking, alcohol and some eating habits are leading factors accounting for the rise in these cases. 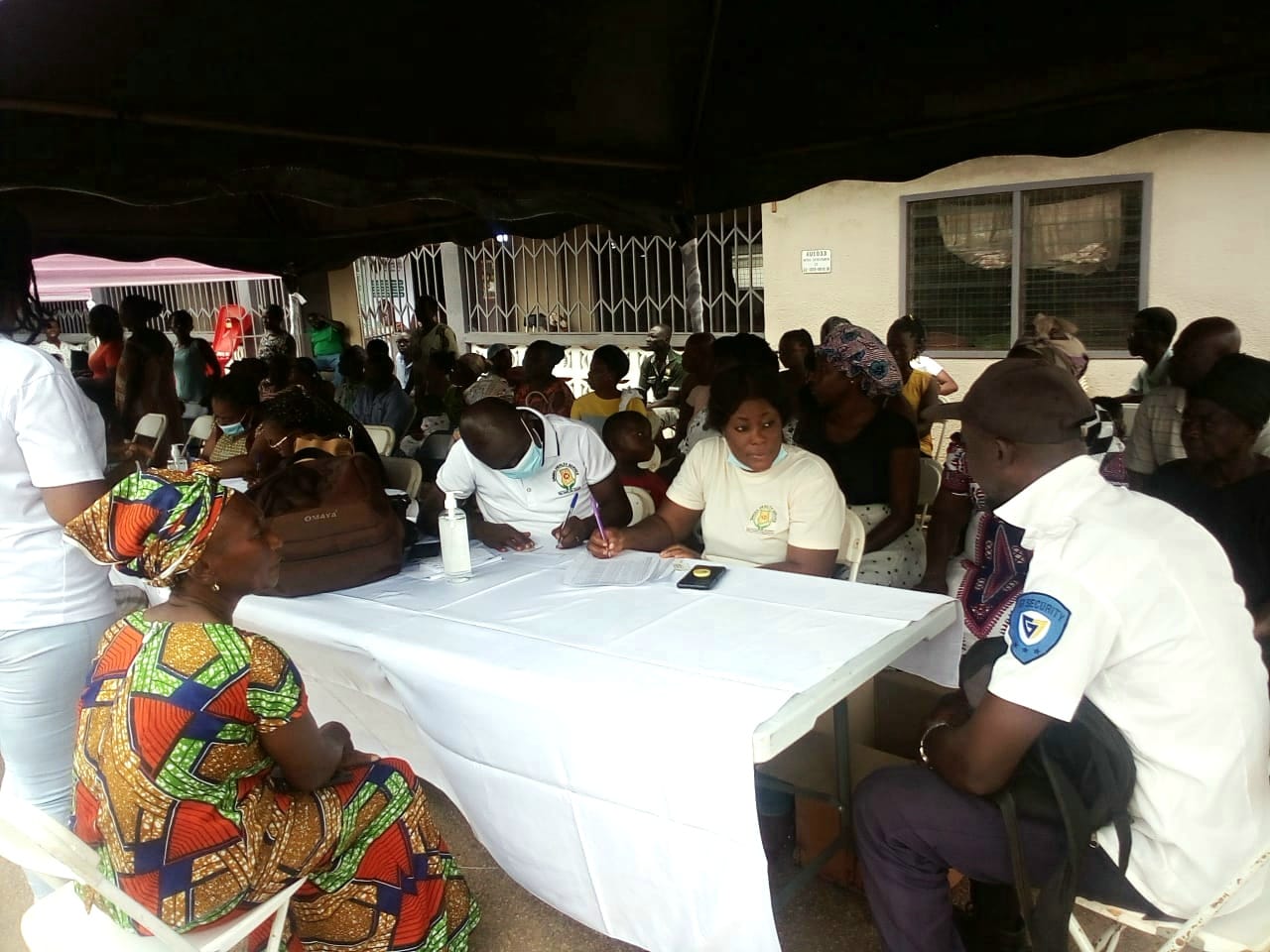 Breast cancer is a critical medical condition that has stared humanity in the face for several decades, particularly females. Even though there is no scientifically proven cure for cancer, the condition can be managed if detected early enough.

Prostate cancer on the other hand is cancer that occurs in the prostate. Prostate is a small, walnut-shaped gland in males that produces the seminal fluid that nourishes and transports sperm.

Prostate cancer is reported to be the second leading cause of male cancer deaths in Ghana and in Korle Bu Teaching Hospital alone, 20 men were diagnosed with the disease every week.

Dr. Anim also mentioned that people’s quest to seek herbal and spiritual assistance without going to the hospital to be properly screened has also resulted in some fatalities.

“October every year has been set aside to create awareness about early detection of breast cancer in particular, but it seems people are not heeding to the call. In breast cancer, the prerequisite is early detection. Once you report it at the early stage, you can be cured”, Dr Kwadwo Anim ended. 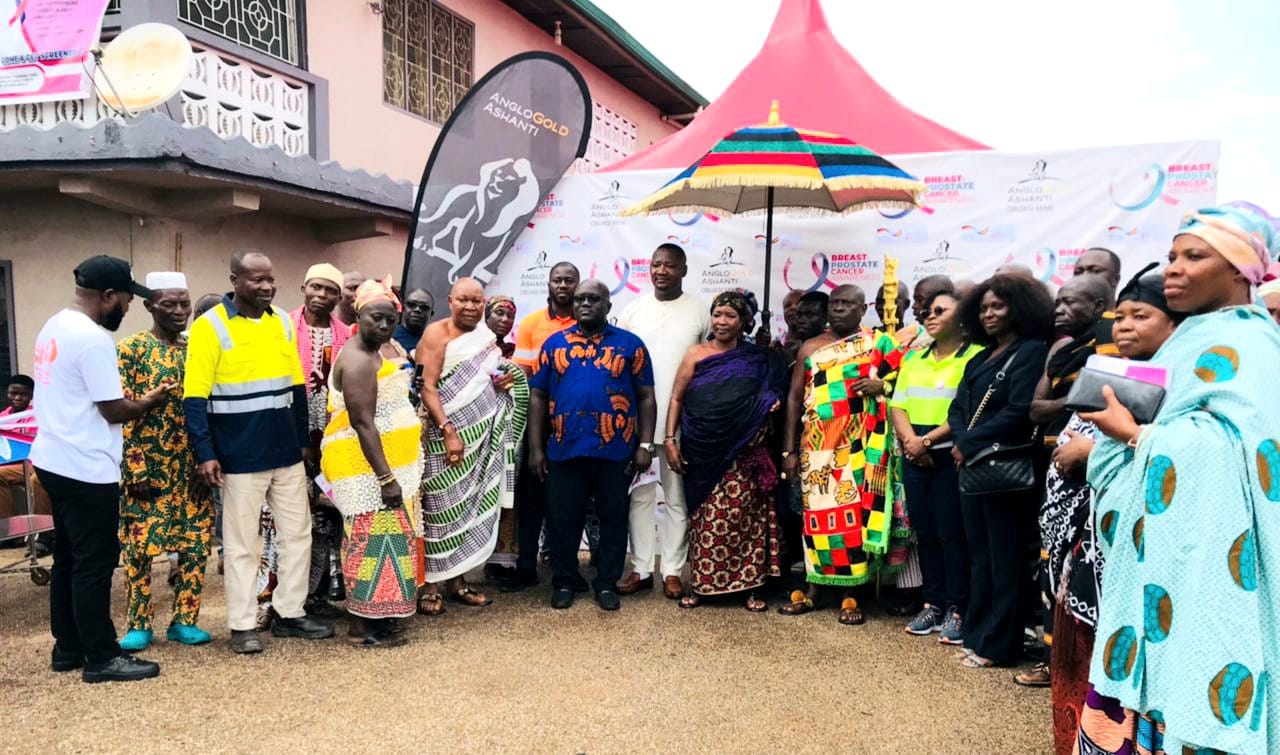 At the Stakeholders Engagement, Superintendent of Anglogold Ashanti, Edmond Oduro Agyei on his part said Anglogold Ashanti has made commitments to improve the living conditions of its communities. In view of this, the company through its 10-year Socio-Economic Development Plan lined up a plethora of health intervention programs targeted at improving the quality of health care of the people.

“As we have always mentioned, we don’t want to leave our communities the same way we met them, so included in our 10-year SEDP which we launched in July was a comprehensive health-related program targeted at providing solutions to the health care needs of the people and this program is one of them”

Anglogold Ashanti as part of its health intervention program has also started capacity-building workshops for health workers in Obuasi on infection prevention and other diseases.

Mr. Oduro Agyei said AGA has partnered AGA Health Foundation,  GIZ and Otumfuo Osei Tutu II Foundation to screen the people of Akrokerri on Breast and prostate cancer as well as other diseases.

The Chief Executive for the Adansi North District, Eric Kwaku Kusi on his part underscored the importance of Stakeholders involvement in the fight against breast and prostate cancer.

” you will agree with me that Government cannot fight these diseases alone hence I applaud AGA and its partners for coming together to collectively fight breast and prostate cancer”.

Nana Serwaa Buruwaa II, Akrokerri hemaa advised men and women to take education on breast and prostate cancer seriously.  She added her voice to the call for early detection and treatment. 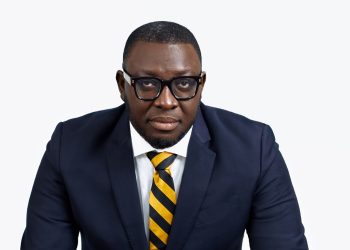 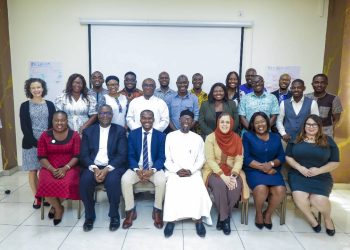