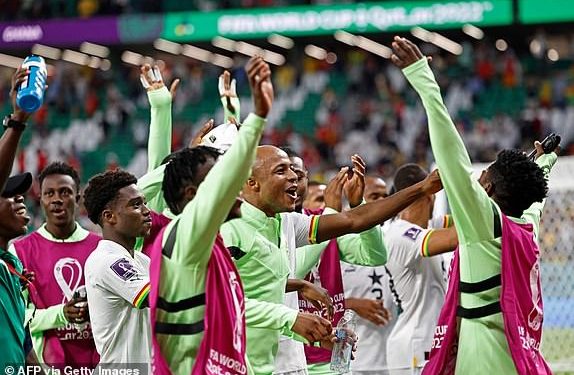 President Nana Addo Dankwa Akufo-Addo has congratulated the Black Stars for their victory over South Korea in Ghana’s second match of the ongoing FIFA World Cup in Qatar.

A brace by Mohammed Kudos helped the Black Stars beat South Korea 3 – 2 in their second group game on Monday.

Mohammed Salisu scored the other goal in the thriller at the Education City stadium.

The President described the victory as hard-fought but deserving.

“Kudos to the Black Stars. Hard fought, but thoroughly well-deserved victory against South Korea. Proud of the entire team and the unalloyed support given to them by all Ghanaians. Now to the final game against Uruguay,” Nana Akufo-Addo wrote in a Facebook post.

Despite a brief second-half rally from the South Koreans, Otto Addo’s side picked up all three points to keep them in the race for a Round of 16.

Following the opening-day loss to Portugal, the Black Stars needed to avoid defeat against the Koreans to stave off early elimination from the tournament.

This was clearly on the minds of the players, as a nervy start allowed the South Koreans to dominate the early stages of the game.

CETAG resolves to remain on strike

CETAG resolves to remain on strike