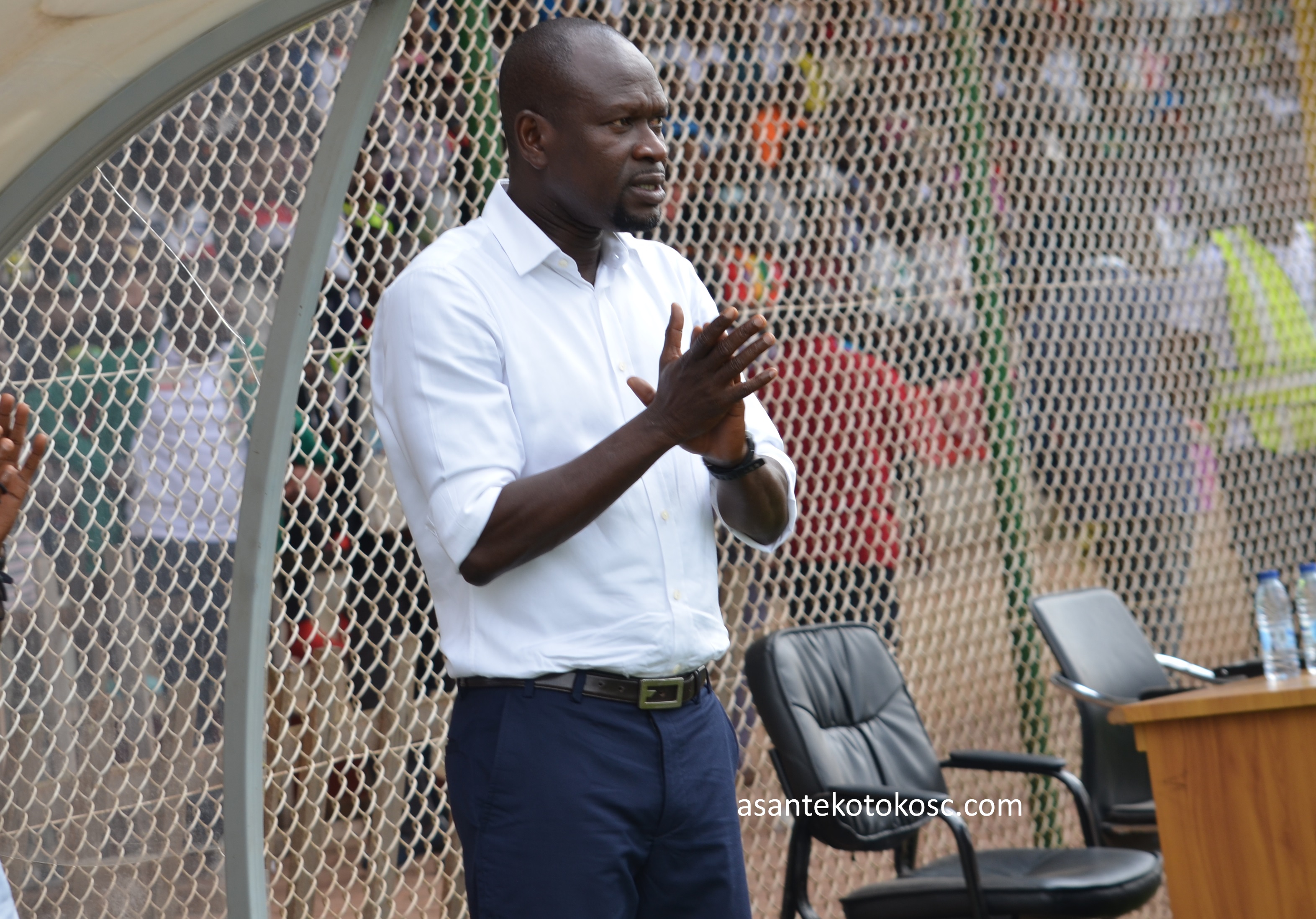 Asante Kotoko coach Charles Kwablan Akonnor is proud of his players after the side’s crucial 3-2 win over Coton Sport in Cameroon on Sunday.

Emmanuel Gyamfi put the visitors in front in the 8th minute by latching onto Abdul Fatawu Safiu’s through pass to go one-on-one with the Coton Sport goalkeeper to slot into the middle of the net.

The goal came after Songne Yacouba and Abdul Fatawu Safiu had taken turns to miss from close range.

Maxwell Baakoh doubled the lead in the 30th minute with a cool finish into the left bottom corner after rounding up two markers.

Dauda Kamilo pulled one back for the hosts from the spot after Morrocan referee Samir Guezzaz’s controversial penalty call to Maxwell Baakoh’s tackle on an opposing player in the penalty box.

Fatawu Safiu restored the two-goal lead in the 50th minute by intercepting a pass from the Coton Sport goalkeeper to curl the ball into the far post before Guema Araina drew a consolation goal for the hosts in the 71st-minute with a half volley.

The Porcupine Warriors held on to the lead to hand themselves an advantage in the second tie of the last elimination round, and C. K. Akonnor was happy to see his team play well to win the difficult game.

“Look, you made it happen,” Akonnor told his players after the game. “Yes, you did it, and I am very proud of you.”

“I knew it wasn’t going to be easy”, Akonnor told Kotoko Express App in a later interview. “Coton Sport are a great side, but we had a plan and I am so glad that my players carried through the plan perfectly.”