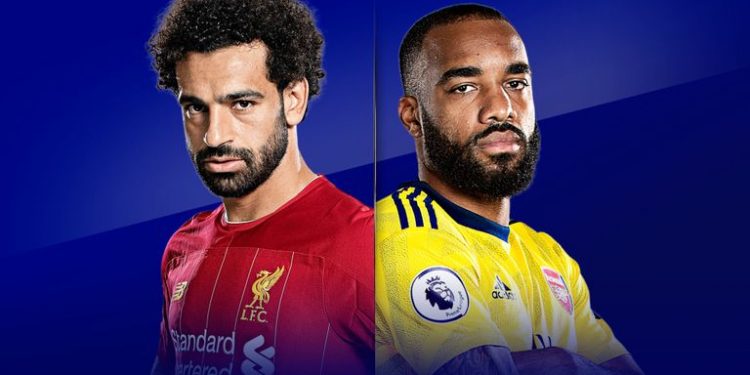 Arsenal travel to Anfield to face Liverpool in a top of the table clash in the Premier League on Saturday, at 4:30pm live on Citi 97.3 FM.

Both teams have maximum points in their opening two games, the only 2 teams with a 100% record start to the season.

But Arsenal have been arguably the better team, with their front 2 of Pierre-Emerick Aubameyang already up and Alexander Lacazette already up and running.

Liverpool on the other hand, while impressive in a 4-1 rout of Norwich on opening day, were outplayed for larger spells of their 2-1 victory away at Southampton.

It took a Sadio Mane special performance, scoring one and setting up another, to get Liverpool over the line.

Roberto Firmino was also on target last weekend, and Liverpool will be grateful to him, especially when it comes to games against Arsenal, scoring a hat-trick against the Gunners the last time out.

All put together, Liverpool are slight favorites to win but a safer bet to place on this would be to go for goals.

Liverpool’s defense hasn’t looked it usually assured best and with the Arsenal front line, a surprise win for Unai Emery’s men could be on the cards. If you have the guts, back an Arsenal win at a whopping at 4.85 odds on Betway.

A Liverpool win is 1.48 odds, the bookmaker’s favorite to secure victory.

Firmino has scored first in each of the last 4 meetings between these two sides and you can back a Liverpool first goal at 1.41 odds on Betway.

What is your pick for this game? Head to Betway.com.gh to place your bets on this game and many more matches.